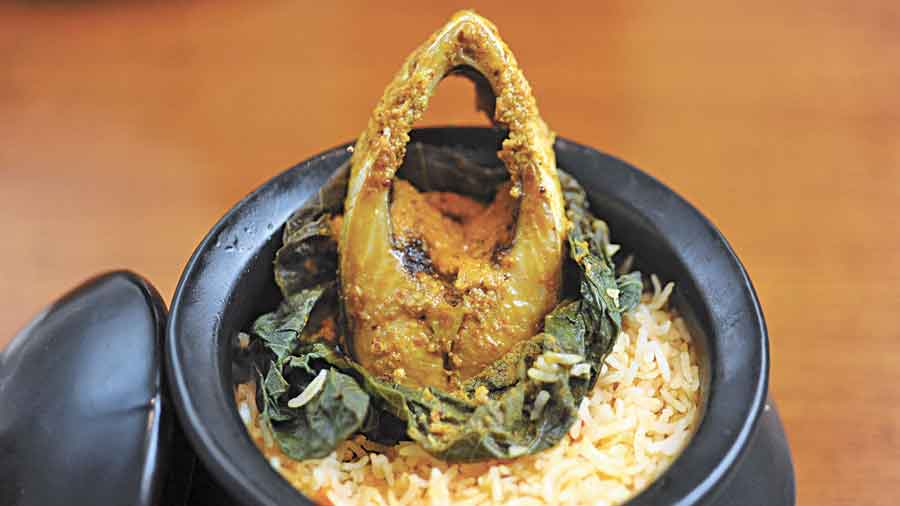 Indiscriminate netting and inadequate rainfall have come in the way of mature hilsa swimming up the Hooghly from the Bay this monsoon, said scientists studying the movement of the fish whose delectability depends as much on the salinity of the sea as the sweetness of the river water.

On Sunday, fishermen from Kakdwip in South 24-Parganas had ventured out on eight trawlers and returned with around 300kg of hilsa, less than half the yield they said they expected around this time of the year. Each fish they caught weighed 500-550gram, a far cry from the matured ones weighing a kilo or more.

Several fishermen said they expected a bigger catch over the next few weeks but were not sure whether it would match last few years’, when the monsoon yield of the silvery delicacy was way above the expectations.

Scientists expect this monsoon’s trend to continue as the rainfall has remained erratic.

Typically, the hilsa moves from the sea to the river to lay eggs. The migration starts in June.

For the fish to swim up into a river, the salinity of the river water in the estuary has to come down. This happens only when there is heavy rainfall for a considerable period and the concentration of the salt in the river water gets diluted.

“When the fish arrives in sweet water, it draws water into the body resulting in what is known as gonadal hydration. When this hydration occurs, the ovary bloats and the membrane around it bursts, releasing the eggs,” said Asim Kumar Nath, who has been studying the migration of the hilsa at Sidho-Kanho-Birsha University.

“The hilsa is a very delicate fish and environmental changes have an effect on its physiology. Unless the fish grows to a particular size, its egg-yolk remains undeveloped.”

A matured hilsa lays 10 to 12 lakh eggs, of which only a very small fraction hatch. Scientists said years that witnessed heavy rainfall, like 2011 and 2012, saw a more robust flow of hilsa through rivers.

“Those were years of bumper catch. For the last two years, the volume of the hilsa catch has been dwindling, leaving fishermen struggling to meet their ends,” said Bijan Maity, of the Kakdwip Fishermen Welfare Association.

Apart from inadequate rainfall, scientists blame the tendency of illegal fishing of hilsa pawns and the state government's policy of allowing fishermen to venture into the waters early, before the onset of the monsoon.

In Bangladesh, there is a blanket ban on hilsa fishing between May 20 and July 23. The Bengal government's ban is from April 15 to June 14. Scientists blamed the duration of the ban in Bengal for the netting of baby hilsas across parts of Frasergunge, Namkhana, Diamond Harbour and Kakdwip in South 24-Parganas.

In Bengal, catching, selling and buying Hilsas weighing below 500g is prohibited and is a cognisable offence. So it is in Bangladesh.

“We need to have stringent laws like in Bangladesh, where a fisherman is jailed for six months if caught catching a small hilsa,” said Jayanta Pradhan, assistant director of fisheries (marine).

For hilsa lovers, the delight in savoring a full-grown ilish is hard to match.

“The ones weighing around 2kg or more have a taste of their own. We don’t get to see them anymore these days. But such hilsas — with broad abdomen — is always a chef’s dream,” said Anjan Chatterjee, who owns the Oh! Calcutta restaurant chain. “We are yet to start the Hilsa festival this year because of the poor supply of good quality fish.”