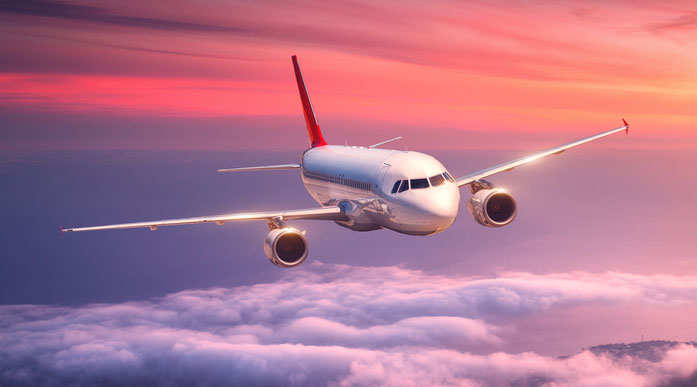 Flights to Calcutta from Delhi, Mumbai, Chennai, Pune, Ahmedabad and Nagpur were suspended on July 6, following a request from the Bengal government, because of a surge in the number of Covid-19 cases there.
Shutterstock
Sanjay Mandal   |   Calcutta   |   Published 29.07.20, 05:08 AM

The state government is likely to seek continuation of the ban on flights from six cities of high Covid prevalence, including Delhi and Mumbai, to Calcutta beyond July 31, officials said on Tuesday.

The government will also request the civil aviation ministry not to operate flights to and from Calcutta on the days of complete lockdown twice a week, the officials said.

“The ban on flights from the six cities in all likelihood will continue because the Covid situation there has not improved. In Bengal, too, the count of fresh cases is not reducing. We will ask the central government for continuation of the ban,” an official of the Bengal government said.

Flights to Calcutta from Delhi, Mumbai, Chennai, Pune, Ahmedabad and Nagpur were suspended on July 6, following a request from the Bengal government, because of a surge in the number of Covid-19 cases there. The ban was till July 19 but was later extended till July 31.

Officials of several airlines said they were not aware of any extension of the ban and have scheduled flights between Calcutta and the six cities post-July 31.

IndiGo ran four flights from Calcutta to Delhi every day before the ban kicked in. Airport sources said the airline had applied for permission to add two more daily flights, taking the total to six, from August 1.

IndiGo sources said the rise in demand had prompted them to consider introducing two more flights. “We have started taking bookings and about 60 per cent of the seats on most flights in the first few days (after July 21) have been sold,” said an IndiGo official.

Other airlines, too, said they had opened bookings for flights to and from these six destinations and were getting a good response.

“A clear communication beforehand will help everyone. Otherwise, we have to again cancel flights and refund money to passengers,” said an official of a private airline.

Many passengers and tour operators, too, are apprehensive.

“We are advising our clients not to book tickets to and from these six cities after July 31 even though airlines have opened bookings. We are asking them to wait for an official announcement,” said Anil Punjabi, chairman, east, Travel Agents Federation of India.

Gitanjali Vaswani and her daughter Malvika, who stay in Kuwait and are stuck in Calcutta since the lockdown was imposed, have booked seats on an evacuation flight from Mumbai to Kuwait scheduled for early on August 5.

The state government will also write to the civil aviation ministry requesting not to operate flights on the days of complete lockdown. Till Tuesday evening, the ban by the ministry was only for last Saturday and this Wednesday.

“There is no communication till now about the days beyond Wednesday,” said an official of the Calcutta airport.

State government officials said there was no change in the policy that only the services mentioned on the list of exemptions would be allowed. Flights and trains are not under the exempted category.