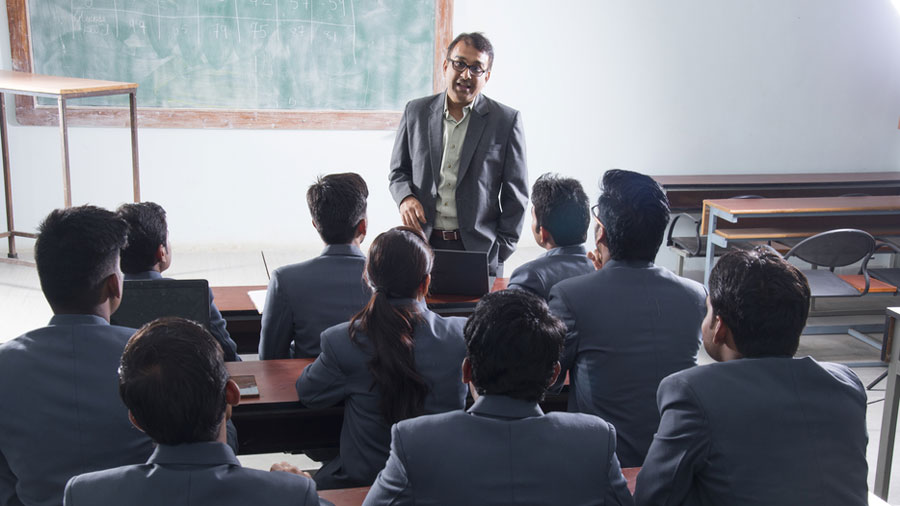 The Bengal government has regularised the jobs of contractual, guest and part-time teachers of state-aided colleges.

At least 15,000 teachers can benefit from the move.

On Saturday, the higher education department directed college principals to start issuing appointment letters to such teachers and complete the process at the earliest.

The heads will not be required to take the approval of the governing bodies, which frame policies for colleges, for issuing the appointment letters, a department official said.

In its directive to the principals, the department has said that the regularisation of jobs will be effective from January 1, 2020, and increased salaries will be given from that date. The government will bear the funds for the salaries.

Teachers fulfilling the criteria recommended by the University Grants Commission — clearing the NET/SET or having a doctoral degree and working for more than 10 years — will be paid a monthly salary of Rs 35,000. Those with less than 10 years’ work experience will get Rs 30,000 as monthly salary.

“Principals have been authorised to issue appointment letters to teachers,” the department official said.

After the regularisation, all three categories of contractual, part-time and guest teachers will have only one designation. They will be known as state-aided college teachers as was announced by chief minister Mamata Banerjee last year.

She had said last year that close to 15,000 such teachers would be regularised. After the announcement, colleges were asked to send a list of their contractual, guest and part-time teachers to the higher education department for verification of their educational qualifications and other data.

The government has, by and large, approved the regularisation of all teachers named on the lists sent by colleges, a department official said.

For example, the principal of a college in north Calcutta said his institution had sent a list of 120 part-time, contractual and guest teachers. “The jobs of 119 teachers have been approved for regularisation and one got cancelled. But 26 have been placed in the excess category. They will be posted in some other institutions.”

A south Calcutta college principal said he had sent a list of 46 teachers; 43 have been regularised and three have been placed in the excess category.

The regularisation got delayed because the government could not complete the verification of documents such as mark sheets, pass certificates and appointment letters earlier. Also, the lockdown added to the delay.