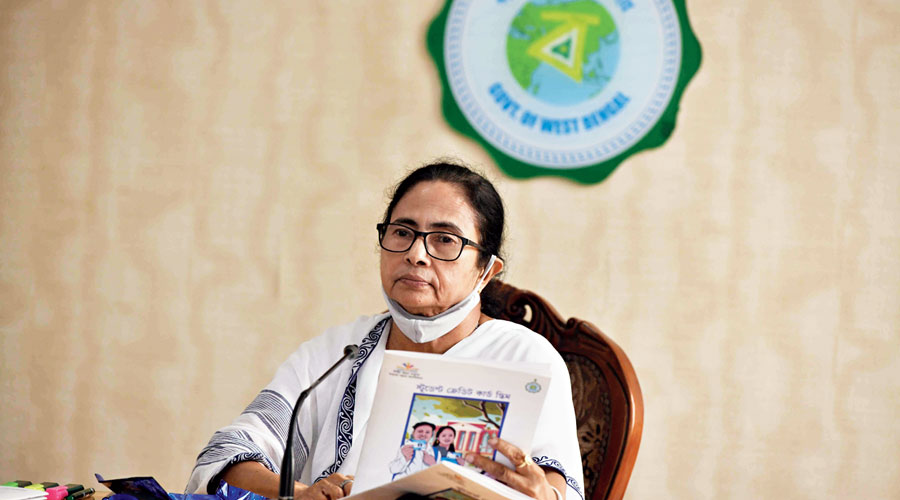 The state government will set up two cancer hospitals in the state, at SSKM Hospital and the North Bengal Medical College and Hospital, in association with the Tata Memorial Hospital in Mumbai, chief minister Mamata Banerjee said on Wednesday.

Around 25 per cent of the cancer patients from the state go to the Mumbai hospital for treatment, Mamata said. Such patients and their families have to struggle hard to get appointments and arrange their stay in Mumbai during the treatment.

The Bengal government, she said, wants to create conditions so the patients can be treated here.

“The government of Bengal and the Tata Memorial Hospital will jointly set up two cancer hospitals, one at SSKM and the other at the North Bengal Medical College and Hospital. Cancer patients from Bengal will no longer need to go outside the state. They can undergo the treatment in Bengal.”

State health secretary Narayan Swaroop Nigam said the basic in-principle approval for the joint initiative had come from the state government. “We will now work out the contours of how to set up the two centres at these two hospitals,” Nigam said.

The Tata Memorial Hospital runs several cancer hospitals and centres across the country.

Surgical oncologist Gautam Mukhopadhyay, a former student of the hospital, said the Mumbai institute had set up cancer hospitals in Visakhapatnam and Varanasi. It has also taken over and is now running a cancer hospital in Guwahati.

The Mumbai hospital is run by the central government. The website of the hospital mentions that it is a grant-in-aid institution under the department of atomic energy.

More government-run facilities are badly needed for cancer treatment because of their low cost of treatment, some doctors said.

“Many patients start their treatment in corporate hospitals but are eventually forced to shift to a government hospital as they fail to bear the cost of treatment at the private set-up,” Mukhopadhyay said.

“Cancer treatment involves many phases and takes about a year. After an initial surgery, the patient needs to undergo chemotherapy and radiotherapy. Many patient families fail to carry on with the full treatment at a corporate hospital. They shift to a government hospital mid-way,” said Mukhopadhyay, the clinical director of the department of surgical oncology at Peerless Hospital.

It is advisable, he said, that the full treatment is done in the same facility and under the same doctor.

According to him, between 80,000 and 85,000 cancer cases are detected in the state in a year. There are more than 3 lakh cancer patients in Bengal.

Among women, the bur-den of breast and cervical cancers is the highest. Among men, lung, prostrate and mouth cancers account for the maximum number of patients.