Why power consumers are fuming 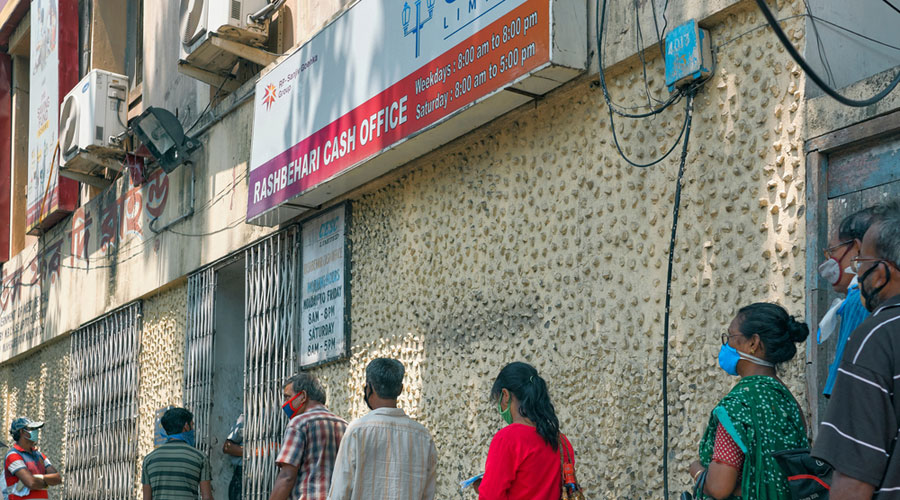 CESC has said it will “keep in abeyance” domestic  consumers’ dues from April and May, which it had loaded onto the bill for June.

The unusual announcement followed protests against what many subscribers described as “inflated” bills and intervention by state power minister Sobhandeb Chattopadhyay and Trinamul MP Abhishek Bandyopadhyay.

On Monday, Chattopadhyay advised unhappy CESC consumers not to pay their current bill and added that a fresh bill would be drawn up soon. “There will be no disconnection or disruption in service,” the minister added after a meeting with CESC officials. CESC’s Twitter account — followed by 18,700 people, although the company has a consumer base of over 33 lakh — has been flooded with questions on the bill arithmetic.

Against this backdrop, the announcement of a pause on payment appears to have done little till Monday evening to soothe some of the frayed nerves.

Here are some of the issues vexing the consumers:

The electricity tariff, like the tax rate, is progressive in nature, which means those who consume more have to pay at a higher rate.

For instance, one unit of power is charged Rs 4.89 if the consumption is up to 25 units. When the consumption crosses 300 units, the applicable rate is Rs 8.92 per unit.

The CESC bill for June includes the charge for actual consumption in that month and the difference between the actual and notional consumption for April and May. (In some cases where meter readings could not be taken before March 23 when the lockdown began in the city, the bill also covers March.)

As the lockdown stood in the way of meter reading, a proxy — based on the average consumption in the previous six months — was used for April and May.

The bills for the two months — drawn up on the basis of the proxy figures — offered a pleasant surprise to many consumers as the average monthly consumption was low between October and March, when the amiable Calcutta weather reduced the use of air-conditioners.

The mood, however, changed when the June bill came.

This happened because of faulty calculation by CESC, said economist Prasenjit Bose, who is also part of a consumer protection group, Citizens Against Power Tariff Hike.

“As the proxy used for April and May was average consumption over the six pleasant-weather months, the difference between the actual and the proxy reading was high. So, the total units that were charged for the month of June were much higher and hence the consumers had to pay much more,” said Bose.

According to him, the computation method of CESC denied the consumers the benefits of lower rates that apply to lower consumption.

Had the power utility used the consumption of April and May last year instead of calculating the past six months’ average consumption, such anomalies could have been avoided, he said.

On its part, CESC has mentioned in the bills that the provisional bills were prepared in line with the applicable regulatory guidelines.

The power utility’s contention, however, is contested by the forum. “The regulators said that the six-month average can be used as a proxy prospectively after modifying the billing software. Has that been done?” asked Bose.

CESC officials explained: The software did not have to be changed. The program can be changed easily and it was done to calculate the six-month average.

As the lockdown prevented actual meter reading, the company had two options: bill consumers on the basis of consumption made during the corresponding period last year or take the six-month average to compute the bill.

Based on a regulatory directive in the first week of May, CESC switched to the six-month average to compute the bill, the officials said.

However, this instance of transparency appears to have been an afterthought after the protests gathered momentum. Some consumers said the calculation was not accessible at least till Saturday evening.

The June bill that the consumers got clearly mentioned that it included the actual consumption of the previous months, excluding the already billed units. The bill also said that the overall consumption was higher because of the higher demand during the lockdown when workplaces shifted to several houses.

Several consumers have asked why the bill for June did not include any break-up of the total power consumption for April and May.

In an attempt to explain the arithmetic to the consumer, CESC has presented in a bar diagram — by giving the provisional consumption amount for April and May — how the total units for June were arrived at.

The absence of actual consumption figures for April and May has brought into fore two important questions:

How will the company keep the payments for April and May in abeyance if the actually consumed units are not mentioned in the bills?

Why aren’t smart meters installed at every consumer’s home?

“In case of smart meters, one can access his or her daily consumption online…. But in this case, we don’t know the actual consumptions of the two preceding months,” said Chowdhury.

CESC officials explained: We could not have come up with actual consumption in each of these two months without physical meter reading.

Smart meters are usually far more expensive than regular meters, costing Rs 6,000-7,000 a unit. If a consumer demands and is ready to foot the bill, CESC does provide a smart meter. However, converting each and every meter will require huge investment which consumers will have to bear as part of the tariff. This is why penetration of smart meters is low across India.

Every bill that a consumer receives has a meter rate chart for domestic consumers, which explains the tariff applicable depending on units of consumption.

For several years, questions have been raised on the rationale of keeping such low slabs. “Is there any point keeping a slab of less than 25 units or 35 units in today’s world? With so many electrical gadgets, it’s absurd that someone’s monthly consumption will be as low,” said Bose.

For Mumbai and Chennai, the first slab is up to 100 units.

“Such irrational slabs and the complex rates attached to them make calculations difficult for common people and also give an impression that the average electricity tariff is low,” said Bose.

CESC officials explained: The slabs have been in place for years and have been put in place to protect small consumers whose consumption may not cross 100 units a month. The decision to keep slabs or to remove them lies with the state electricity regulator, who appears to have been carrying on the legacy to protect economically poor consumers.