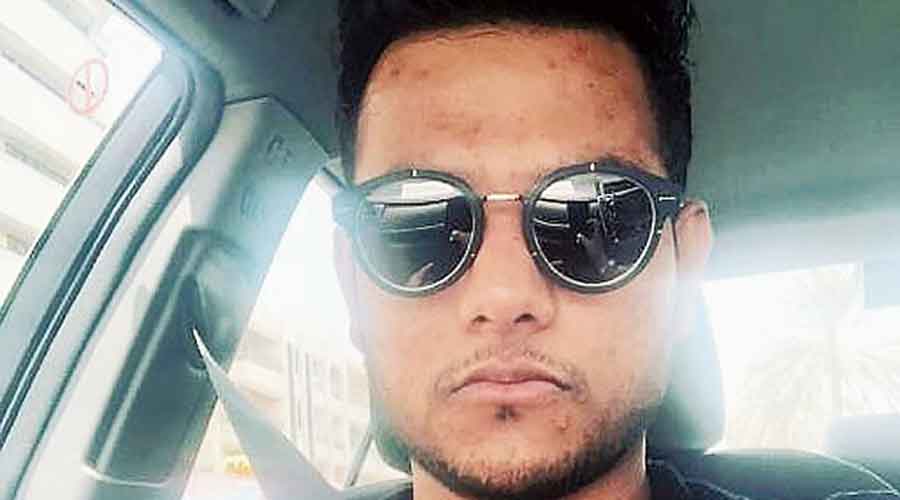 Arsalan scion Raghib Parwez — the prime accused in the Jaguar crash that killed two Bangladeshis on Shakespeare Sarani in August 2019 — has been asked to surrender before a court by April 20 by the Calcutta High Court on Tuesday.

Police will be free to arrest Raghib if he does not surrender by April 20.

Raghib was arrested a few days after the accident and granted conditional bail in April 2020 on health grounds.

“The interim bail that was granted on the premise that he was unfit to participate in the trial got negated by the report from a medical institute which stated that he is fit to face the trial. Hence the court considering the gravity of the case did not extend his interim bail and directed him to surrender before a court by April 20, failing which the police will be free to act as per legal procedure,” public prosecutor Saswata Gopal Mukherjee said.

Raghib, now 27, the scion of the family that runs the biryani chain Arsalan, was granted bail last year with the court instructing him to remain under treatment till declared fit as an “outdoor patient” by the hospital. He was allowed to return home on the condition that he would not leave home without the consent of the officer-in-charge of the local police station.

On the night of August 16, 2019, a Jaguar F-PACE had crashed into a Mercedes E-Class 220d at the Theatre Road-Loudon Street crossing, which in turn had hit two Bangladeshis, killing them on the spot.

Initially, Raghib’s younger brother Arsalan Parwez, now 23, an MBA from Edinburgh, had initially courted arrest claiming he was at the wheel.

The family had claimed that Arsalan’s elder brother Raghib was in Australia for higher studies.

However, after analysing the event data recorder of the Jaguar, police had got the phone number of the person who was last at the wheel. From the phone number’s WhatsApp account, the cops had found Raghib’s photograph.

Investigators said they had zeroed in on him by scanning more than 45 CCTV cameras starting from the place of occurrence to the front of Arsalan’s residence where it was purportedly found that Raghib and not Arsalan had stepped out of the home and driven the Jaguar on the night of the accident.

Raghib who had fled to Dubai after the incident, had returned to Calcutta after cops had found the truth and he was arrested from outside a nursing home where he had got admitted after his return to the city.

Raghib is facing charges of causing culpable homicide not amounting to murder, rash and negligent driving, mischief, jumping traffic lights and destruction of public property. The charges, if proved, could lead to a maximum punishment of 10 years in jail.

His younger brother has been charged with causing disappearance of evidence and providing false information for shielding the offender that could lead to a punishment of seven years in jail.

Their uncle, Mohammad Hamza, who gave shelter to Raghib has been charged with harbouring criminals that could have a punishment of three years of imprisonment.

Police have filed the chargesheet in this case in 2019.