Air quality of city and its fringes continues to be 'unhealthy' 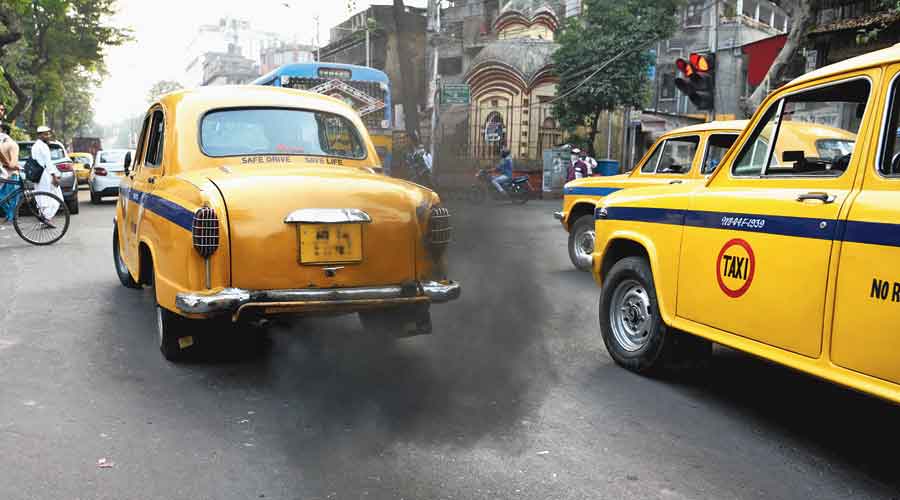 Winter is gone but the air quality of the city and its fringes continues to be “unhealthy”, according to data generated by West Bengal Pollution Control Board as well as by a consortium led by IIT Delhi.

Data from nine automatic measuring stations run by state Pollution Control Board (PCB) and from 7 air pollution sensors set up by IIT Delhi and The Council on Energy, Environment and Water (CEEW) under NASA programme, being accessed by Metro, show that at 7.30pm on Monday, barring Rabindra Sarobar and Jadavpur, the air quality index value at all other places were hovering between 150 and 200, which is considered “unhealthy”. Barasat leads the pack with 188, followed by Rabindra Bharati with 177, rest of the places remain close by.

PM 2.5, the most toxic air pollutant that can travel deep into lungs and trigger a range of diseases including cancer, is the prime factor behind the poor air quality in all these places.

“The data shows that the pollution is not confined to the heart of the city but is actually spread across greater Calcutta. The air quality values reflect the impact of the locally generated pollution along with the pollutants that has travelled from other places,” Sagnik De, a scientist from IIT Delhi told Metro.

“The pollution results now point out the impact of sources like vehicles and construction,” said a scientist from the environment department of Calcutta University.

Earlier a study carried out by Delhi-based environmental think-tank Center for Science and Environment (CSE) had also pointed out that the sources of highly toxic PM 2.5 pollutants in Calcutta, whose rise in Calcutta was the highest among all other Indian cities during last winter, have been mostly local unlike Delhi.

Overall Calcutta’s average PM 2.5 value in the 2020-21 winter, 94 microgram per cubic meter of air, stood second among metro cities.  Delhi topped the chart with an average PM 2.5 value of 186 micrograms. The period from October 1 to January 31 (2020-21) has been considered as winter. The maximum PM 2.5 value recorded in Calcutta during this winter was 199 micrograms, which was more than thrice the national limit of 60 micrograms.

CSE report also points out that while Calcutta’s average PM 2.5 level and peak PM 2.5 value during 2020-21 winter showed a significant spike over the winter before, both parameters showed decline in overall eastern India. “The fact, Calcutta showing a trend reversal within eastern India, means significant number of local factors is involved in pushing up city’s PM 2.5 pollution values. This is unlike Delhi where external factors are significantly responsible,” said Anumita Roy Choudhury, air pollution head, CSE.

Unless there is administrative action and rise in awareness; lungs will continue to be choked with toxic pollutants in Calcutta, he said.