Aged Parnasree couple abused for speaking up against drunkards 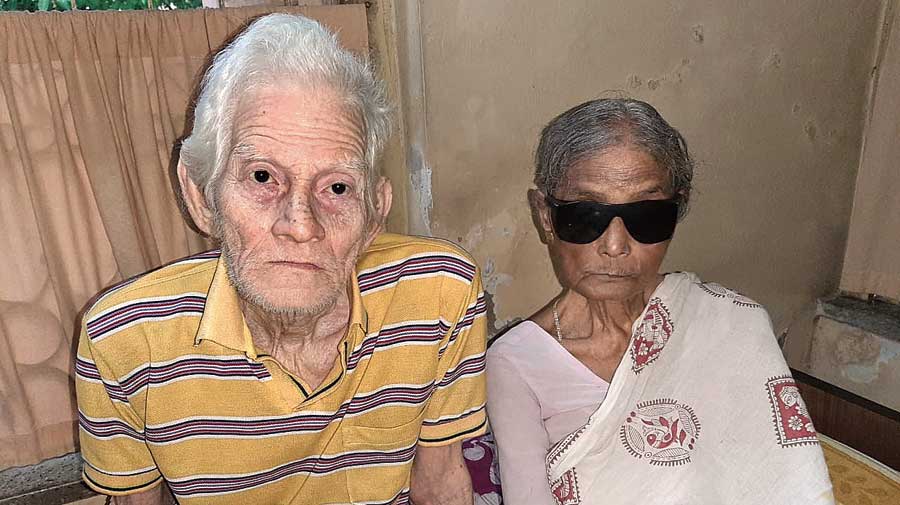 An elderly couple in Parnasree have alleged that a few drunks hurled abuses at them when they protested against the men drinking outside their home and creating a ruckus on Sunday night.

They have also accused police of inaction when they had dialed the police helpline, 100. Getting no help, the woman accompanied her son to Parnasree police station after midnight to report the matter.

Later on Monday, when senior officers got to know of it, they apologised to the family and sent a team to meet the elderly couple at their home assuring them of help and support, the couple’s son said on Monday evening.

“It was quarter to midnight on Sunday when we heard two men talking in an objectionable way. They were sitting outside our home, drinking. I was in my room on the first floor while my parents were downstairs when they started talking loudly,” Prabalkanti Sarkar said.

His father Pralay Kanti Sarkar, 86, who has various physical ailments, had requested the men from his window to move away from their house as the loud noise was disturbing them.

“Instead of going away, the men started hurling abuses at my father and banging our grille gate. I rushed downstairs. But by the time I could open the lock and step out they had fled on a motorcycle,” Sarkar said.

After 15 minutes two cops came, one in uniform, Sarkar said. “When we tried to tell them what had happened, the one in uniform said I was drunk and not the men against whom we were complaining. He said ours was a ‘low-class family’ and that we were in for trouble.”

Sarkar said his parents felt so humiliated that his mother Ela, 80, accompanied him to the police station.

At the station, an assistant sub-inspector asked his mother why she was there so late in the night, he said. “The ASI kept asking why my mother was at the police station. He kept us waiting for the duty officer for the next 40minutes. When the duty officer, a sub-inspector, came, he was surprised that we had been made to wait. Things started moving after that.”

On Monday morning, the officer-in-charge of the police station, Manoj Jha, contacted the family on the phone. “The OC was extremely cooperative. He sent a team of officers  to speak to us,” he said.

Jha said the police had not received any written complaint against the cops. “We have registered a general diary based on the family’s complaint of social nuisance. We are looking into the allegations against the police.”

Deputy commissioner, south west, Nilanjan Biswas and joint commissioner, headquarters, Subhankar Sinha Sarkar did not respond to Metro’s text messages regarding the allegations against the police.