A veteran’s notes on the system for young doctors 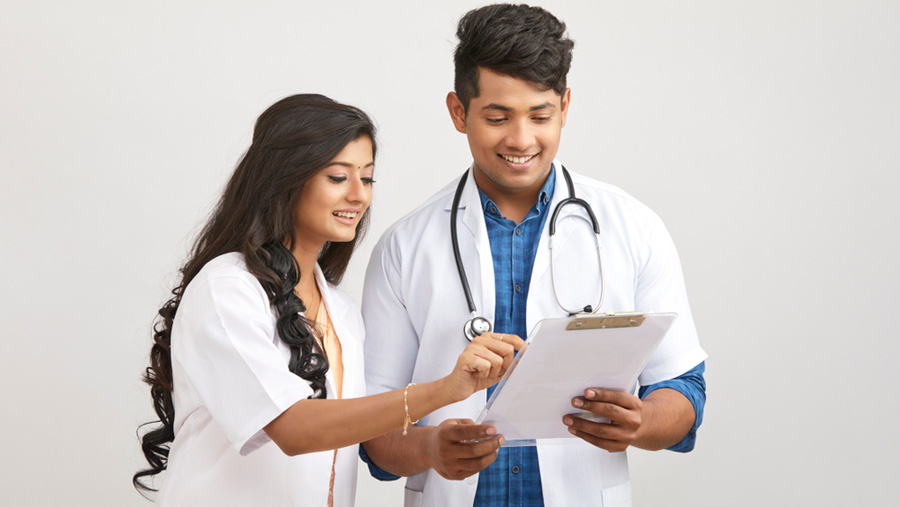 'All these thousands of young boys and girls walking this path, dedicating their minutes, hours, days, weeks, years to it, that they deserve a little more insight as to what is happening around them.' (Representational image)
Shutterstock
Debraj Mitra   |   Calcutta   |   Published 03.07.21, 02:06 AM

A heart surgeon, commentator on public health and debater has written a book so that the younger lot of doctors get an insight into the system.

The Sickness of Health, by Kunal Sarkar, was launched at a virtual session organised by the Bengal Club on Thursday.

A freewheeling chat between Sarkar, neurosurgeon and fellow debater Sandip Chatterjee and cardiac surgeon Tapas Roychowdhury preceded the launch of the book at the hands of veteran physician Sukumar Mukherjee, who taught Sarkar and Chatterjee at the Calcutta Medical College and Hospital in College Street.

(From left) Kunal Sarkar, Sandip Chatterjee, Tapas Roychowdhury and Sukumar Mukherjee at the online book launch on Thursday
Sourced by The Telegraph
Excerpts from the conversation

Not a fence sitter

Chatterjee started with a quotation from the book where Sarkar says: “It is difficult to count whether I have done more debates or surgeries. But much is certain that I have pursued both with equal passion”.

“Sarkar as a debater has either spoken fervently, feverishly, even ferociously, in favour of a motion or adamantly, assiduously against the motion. He has never sat on the wall,” said Chatterjee, before asking Sarkar if the book was his “impression of healthcare — past, present and future”.

Sarkar spoke of something that “really tickled the little bit of my analytical self I possess”.

“All these thousands of young boys and girls walking this path, dedicating their minutes, hours, days, weeks, years to it, that they deserve a little more insight as to what is happening around them... The succeeding generations, the young ones who are labouring day in and day out, as we see during Covid, they also need a little bit of perspective and insight into the deficiencies of the system, the healthcare economics.

“I have never tried to sit on the fence and create neutrality where it does not exist,” he said.

Chatterjee said the book discussed how healthcare moved from “Rabindranath Tagore having his prostate surgery in the veranda of his home to how he started actually frequenting hospitals”.

Sarkar has dwelt on how medical treatment was something only the “rich sick” could afford.

“Nothing seems to have changed,” said Chatterjee. Sarkar said things had changed. “It was really the way surgical skills improved, the way we learnt the tricks of the trade.... All these things put together really made an appearance that no matter how opulent your living conditions were, you were really better served at a hospital.”

Sarkar called “a fascinating phase of history” the origins of his alma mater.

Despite being the second city of the British empire, Calcutta did not have much by way of health facilities, said Sarkar. The PG (Presidency and General) hospital, which moved to its current campus after brief stints at Garstin Place and inside Fort William, had “no teaching, no training”.

“The British were absolutely clear that they did not want any full-fledged medical education in India, period. Then there was a lot of activism. The activists of that generation were mainly spearheaded by two people — Raja Rammohan Roy and Vidyasagar,” said Sarkar.

“They took a great exception, they questioned William Bentinck, who was the then governor-general. They accuse him that ‘look, you have been long enough and you refused to give us a medical college’. Bentinck gave them a compassionate hearing. It took quite a few meetings. Then, finally, they succumbed to the will of the Bengali intelligentsia. A proper medical college was set up,” said Sarkar.