Advertisement
Home / West-bengal / Calcutta / A day for the mother-tongue

A day for the mother-tongue

February 21 was observed through marches and music 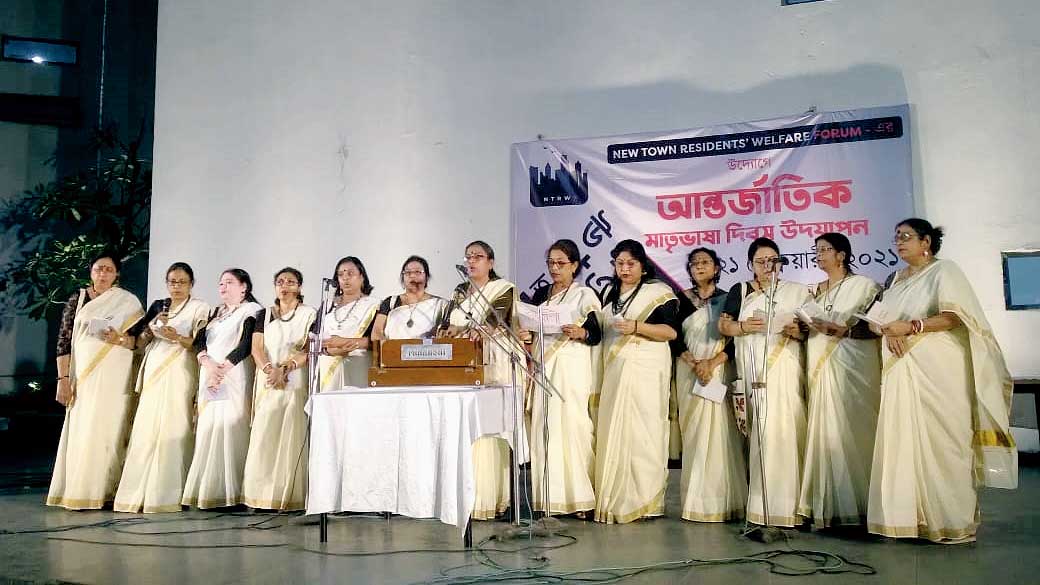 The Bhasha Diwas celebrations of New Town Residents’ Welfare Forum began on the eve of February 21 when members drew an elaborate alpona, led by Deepsikha Das of DA Block, at the Rabindra Tirtha side of Biswa Bangla Gate.

A prabhat pheri was taken out the next morning from Rabindra Tirtha. It took two hours to reach Nazrul Tirtha.

In the evening, a programme was held at Nazrul Tirtha, starting with a speech by author Sushnato Das. He talked for an hour about the historical relevance of the day. “We salute the people who gave up their lives for the establishment of Bengali as their  official language. They could not bear to have Urdu imposed on them as the state language in a province where 40 million people spoke and wrote in Bengali,” said Das.

Samir Gupta, joint convenor of New Town Residents Welfare Forum felicitated the guests and requested the Hidco authorities to set up a shahid bedi to mark the contributions made by language activists both in West Bengal and Bangladesh. This was followed by cultural programmes by representatives of several blocks.

The performances took place in a packed auditorium where most women were dressed in red and white saris and men in ethnicwear.