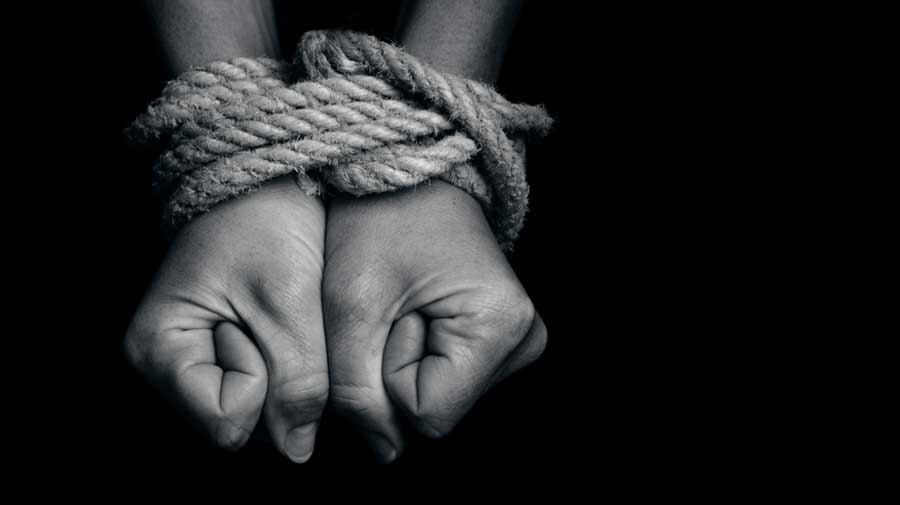 The case is a pointer to the challenges trafficking survivors face in getting judicial redress.
Shutterstock
Debraj Mitra   |   Calcutta   |   Published 04.08.20, 12:58 AM

A 17-year-old girl, a reported trafficking survivor, came from Basanti in South 24-Parganas to the Alipore police court on Thursday to record her statement in front of a magistrate.

After a journey of close to three hours and a long wait, the girl was told the court was “closed” and that she would have to come again on Tuesday. The girl’s father, a daily wage earner, had paid Rs 3,000 to rent a car amid the Covid-19 curbs.

The girl’s father had filed a missing person’s report on December 19, 2019, following her alleged abduction. The report was converted into an FIR, but the father alleged that he had not received a copy of it till Friday. Section 154 (2) of the Code of Criminal Procedure says a copy of the FIR “shall be given forthwith, free of cost, to the informant”.

The case is a pointer to the challenges trafficking survivors face in getting judicial redress. After being subjected to physical and mental abuse, the long and tedious road to justice often proves too much for survivors, many of them minors.

The pandemic has only made things worse. Under normal circumstances, the father and daughter could have travelled by suburban trains to and from Calcutta.

An official of the Alipore police court said the court had been “functioning partially” ever since some judges, lawyers and officials tested positive for Covid-19. On Thursday, only people arrested in the past 24 hours were produced in court, he said.

The girl was allegedly abducted and trafficked to Bangalore in December 2019. She was allegedly forced into sex trade. She had reportedly called her father multiple times from customers’ phones.

“After being abused for days, she managed to run away. A stranger gave her shelter and her father reached Bangalore to bring her back in January 2020,” said a member of an NGO that is counselling the girl.

A volunteer with an NGO accompanied the girl’s father to Basanti police station on Friday. The cops allegedly told the two that no photocopy of the FIR was available. The volunteer, Sushmita Mondal, then took a picture of the FIR on her phone, which she shared with Metro.

The FIR charges the accused — the alleged abductor mentioned in the father’s first complaint — under IPC sections 363 and 365 (kidnapping and wrongful confinement).

The girl said she had told the police everything — “how I was sold from one party to another, how I was forced into sex with multiple men every day”.

When this newspaper called up the officer in charge of Basanti police station, he said he had been hospitalised with Covid-19. Asked why the charge of trafficking and sections under the Protection of Children from Sexual Offences (Pocso) Act were not included, an officer who was in charge of the police station said: “That is subject to investigation”.

Rashid Munir Khan, the superintendent of Baruipur police district, said: “If there is any wrongdoing, the guilty will not be spared.”

The teenager showed a resolve beyond her age. “It was frustrating to go to the court and come back without recording the statement. But I will see the end of this. I want my tormentors punished so they cannot abuse other girls like me,” she said over the phone.

The girl’s father said the local police had initially pleaded helplessness because the teenager was “outside the state”.

When they approached the police after returning from Bangalore, an officer is said to have told the father: “Now that your girl is back, withdraw the case”.

Before running away, the girl had managed to take a photocopy of the Aadhaar card of one of her alleged abductors who had accompanied her to Bangalore. She also “stole” pictures of the couple she was first sold to.

“All the evidence has been submitted to the police. But they have not shown any urgency,” said Mondal, a volunteer with Bansra Birangana Seva Samity, the NGO that is helping the teenager.

Kaushik Gupta, an advocate at Calcutta High Court, said if Pocso and trafficking charges were not pressed despite the girl’s statement to the cops, it amounted to “dereliction of duty”.

A section of rights activists said police often pressed “lesser charges” because including trafficking and Pocso meant many added responsibilities.

The high court has detailed guidelines on how to deal with trafficking cases. Some of them are:

⚫ Such FIRs registered with local police stations must, within 24 hours thereof, be transferred to the specialised agencies for further investigation

⚫ Victims must be extended medical assistance, which shall include psychological counselling.

“Not to be trafficked is a fundamental right under Article 23 of the Constitution. If that right is violated, the state is bound to pay victim compensation. What have the cops done to facilitate the same? The higher authorities should initiate a departmental inquiry,” said Gupta.