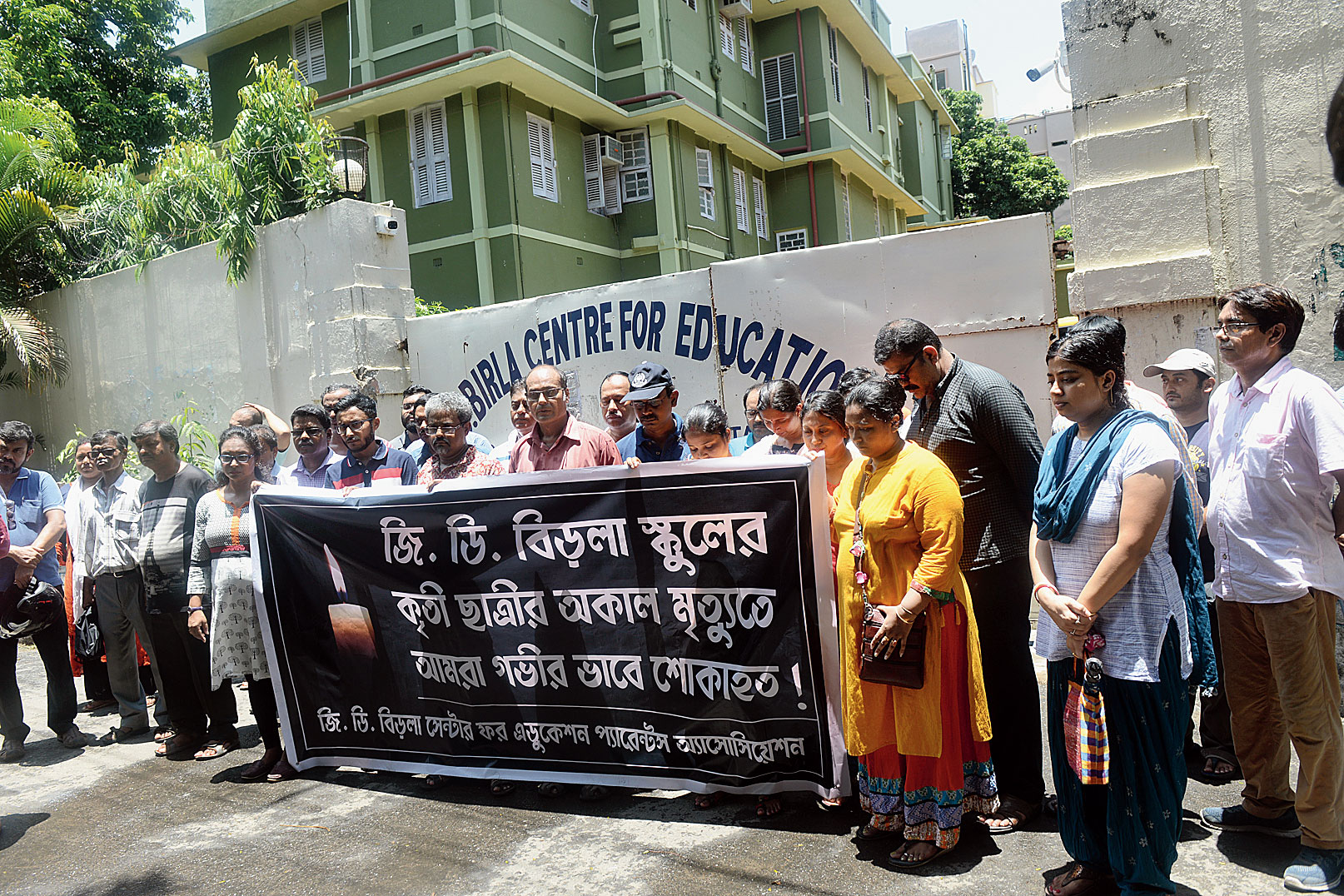 Police are speaking to the teachers of GD Birla Centre for Education to reconstruct the events in the run-up to a Class X student being found dead in the school washroom, where she is believed to have suffocated herself to death.

Sources at Lalbazar said the police are trying to find out if Krittika Paul had been told anything in class on Friday before she excused herself to go to the infirmary — referred to as restroom in the school — and also what raised the suspicion of the teachers and prompted them to look for the girl.

“We have spoken to the teachers on Sunday. We are trying to reconstruct the events,” an officer at Lalbazar said.

“During a preliminary investigation we came to know that she had excused herself to go to the restroom around the fifth period. We want to know from the teacher how long they waited before they became suspicious,” another officer said.

The officer said they were sticking to the post-mortem report that Krittika died of asphyxia as she wrapped her head with a polythene bag.

“We are deviating from the findings. But we are speaking to people so that there are no loopholes in the investigation,” said the officer.

Police have plans to speak to the parents later. “We had spoken to the mother immediately after the incident as the father was away. They are inconsolable now. We could speak to them later,” he added.