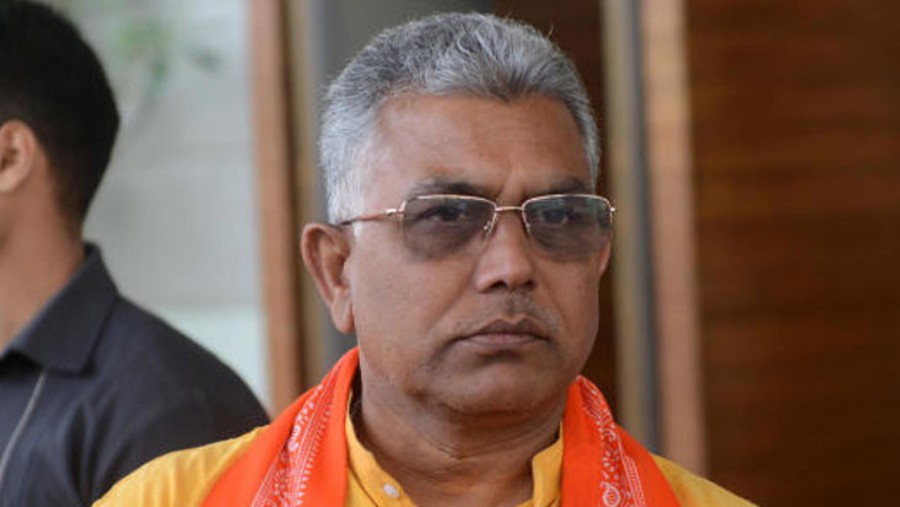 The BJP removed its Bengal unit president Dilip Ghosh in a surprise move late on Monday evening, and handed over charge to the party’s Balurghat MP, Sukanto Majumdar.

BJP insiders say the steady erosion in the party's ranks despite emerging as the only major Opposition in Bengal could be one of the reasons behind Ghosh’s sudden removal.

For Union minister Babul Supriyo was the latest heavyweight to leave the BJP for the Trinamul Congress, saying that it was Mamata Banerjee's party had given him the opportunity to work for the people again.

Ghosh was also criticized for leaving the BJP’s doors open for anyone and everyone from any political party to make a switch.

In his defence though, Ghosh had claimed he was not in favour of the policy but was following instructions from the national leadership.

The tenure of Ghosh, who has been at the helm of the party since 2015, was to continue till December 2022.

As a consolation, the Kharagpur MP was made one of the national vice-presidents of the BJP.

A hardcore RSS man, Ghosh was inducted to the BJP in 2014, when it won two Lok Sabha seats in Bengal. While almost the entire country was swept by the Narendra Modi wave, Bengal had largely remained untouched.

Ghosh, a thorough organization man, was also a loose cannon whose comments often left the party red-faced. However, it is to his credit that the BJP gradually built an electoral machinery in Bengal.

In 2016, the BJP managed only three MLAs, including Ghosh’s maiden electoral victory over the Congress stalwart “Chacha” Gyansingh Sohanpal from Kharagpur Sadar.

Three years later, under Ghosh’s leadership, the BJP had a stellar performance in the 2019 Lok Sabha polls when the party won 18 of the 42 Lok Sabha seats, and dealt a body blow to the ruling Trinamul and Mamata Banerjee, forcing her to change her strategy, like roping in poll strategist Prashant Kishore.

Ghosh himself was elected as an MP for the first time.

The 2019 Lok Sabha results gave rise to the BJP’s hopes in Bengal, a still unconquered territory, and it was projected as a viable alternative to the Trinamul as the traditional Bengal parties, the Left and the Congress, continued to bleed.

The 2021 poll results, however, turned into a debacle as the BJP came nowhere near forming the government, or even posing a threat to the Trinamul. Ghosh’s supporters in the party, however, insist that it was under him that the party got its highest number of seats ever, 77. Though Ghosh led the BJP during the elections, he did not contest the polls himself, while several other MPs like Locket Chatterjee contested and lost.

Things have, however, changed for worse for the BJP in Bengal as its elected representatives made slow but steady shifts to the Trinamul camp. While the MLAs who have defected are those who came from Trinamul, on Saturday two-time BJP MP Babul Supriyo made his exit and switched to the Trinamul.

On Sunday Trinamul minister Firhad Hakim had claimed that even the likes of Dilip Ghosh were keen to defect.