Bengal to slug it out in seven phases 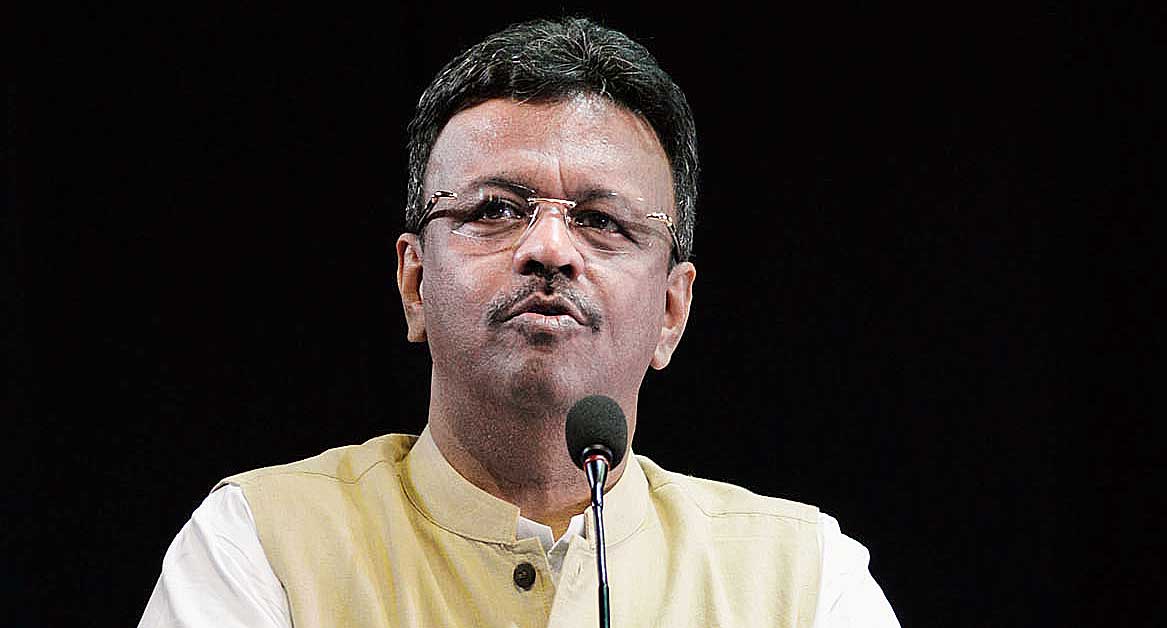 Accusing the BJP of misleading the commission with “false and fabricated” reports of the state’s law and order and “violence and malpractice” during local elections, Firhad Hakim alleged that all actual disturbances in Bengal in recent years had been caused by the Sangh parivar.
Telegraph picture
Meghdeep Bhattacharyya   |   Calcutta   |   Published 10.03.19, 07:29 PM

Lok Sabha elections in 42 constituencies of Bengal with 6.97 crore voters will take place over an unprecedented seven phases from April 11 to May 19.

Bengal, along with Bihar (40 constituencies) and Uttar Pradesh (80 seats), will have the highest number of voting phases in the general election this year, which prompted the Trinamul Congress to cry foul.

But the Opposition in the state welcomed the seven-phase polls.

The Election Commission of India announced on Sunday evening that counting would take place on May 23.

Administrative sources with extensive experience in handling elections said the seven-phase voting was an indication of the commission’s acknowledgement of complaints of violence and malpractices that had emerged from general and local elections in Bengal in recent years.

The Lok Sabha polls in 2014 had taken place over five phases in Bengal. In the 2009 general election, the voting had been held over three phases in the state.

There were six phases each for the Assembly elections in both 2016 and 2011.

While repeatedly affirming its respect for the commission, Trinamul expressed displeasure over Bengal being clubbed with states like Bihar and Uttar Pradesh for being assigned the maximum number of phases.

“Seven phases is torture for the people, it is exerting undue pressure on all stakeholders in the election process, especially the biggest stakeholder, the voter. Seven phases over the hottest weeks of the year for a state like Bengal, where the credibility of elections has been the highest in the country in recent years, make no sense,” senior Trinamul leader Firhad Hakim said.

“Bengal being put in the same bracket with BJP-ruled states like Bihar and UP, with their track record in violence and crimes, is an insult to this state and its people,” he added. 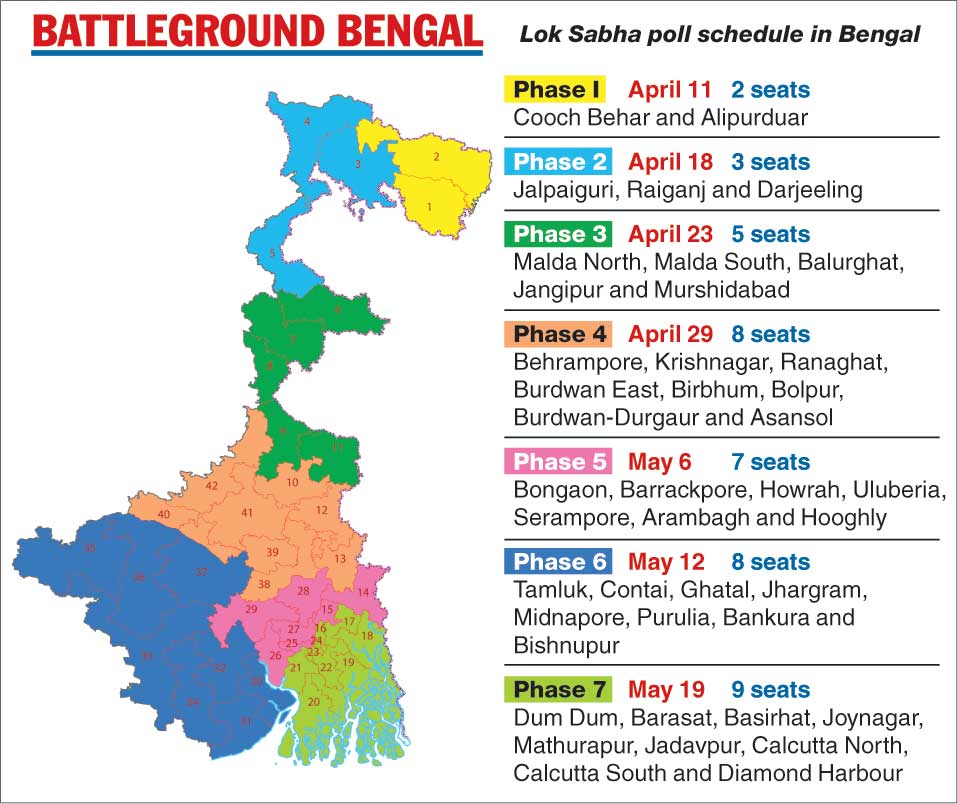 Accusing the BJP of misleading the commission with “false and fabricated” reports of the state’s law and order and “violence and malpractice” during local elections, the Calcutta mayor and the urban development minister alleged that all actual disturbances in Bengal in recent years had been caused by the Sangh parivar.

Without attributing responsibility to the decision, Hakim also alleged that elections were extensively scheduled for the Ramazan month — scheduled to begin in early May — to ensure that Muslims found it more difficult to vote.

“Making the elections coincide with the holy month of Ramazan makes it unnecessarily difficult for Muslims everywhere,” said Hakim. Muslims form a third of the Bengal electorate.

“This clearly indicates an effort to make it difficult for Muslims to exercise their right to vote,” he added.

The BJP, on the other hand, welcomed the commission’s decision to conduct the polls in seven phases, saying it was a recognition by the poll panel of the ground reality in the state.

“This clearly shows that the commission knows what law and order in Bengal really is and how challenging it is to conduct free, fair and peaceful elections here,” said BJP national secretary Rahul Sinha.

“Many elections in India take place during the holy month of Ramazan. This matter had reached the Supreme Court in the past and the court did not turn it down. This allegation is utterly insulting for the commission and the Constitution,” he added.

The Left Front and the Congress – set to announce an alliance for the polls – took the decision with a pinch of salt.

Left Front chairman Biman Bose said the number of phases did reflect the commission’s assessment of the state of democracy in Bengal, but would mean nothing if proper elections were not ensured.

“Restoration of democracy should be the commission’s top priority, we hope it will be able to do that,” said Bose.

Virtually echoing Bose, Congress leader Pradip Bhattacharya said: “Seven or 14 or 21 phases will not matter if the elections are not free, fair and peaceful.”

“We are hoping the commission will be able to deliver,” he added.