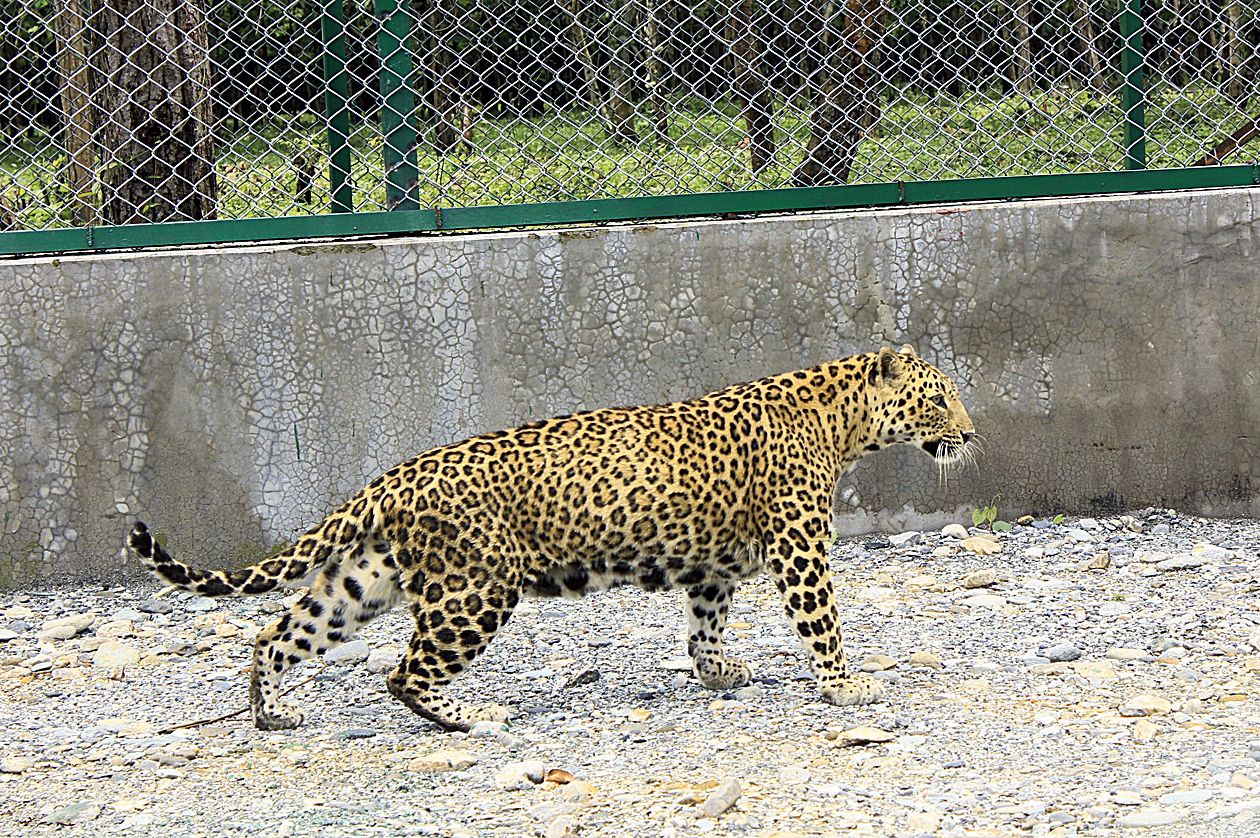 A leopard at the Bengal Safari Park. There is no indication that this animal was involved in the attack.
File picture
Bireswar Banerjee   |   Siliguri   |   Published 08.11.18, 08:00 PM

The leopard safari has been suspended for the time being at the Bengal Safari Park on the outskirts of Siliguri after a  was attacked by a big cat on Wednesday evening.

The driver, Surinder Pal Singh, has been admitted to a private nursing home, where he was stated to be out of danger.

The park, which has been set up on the fringes of the Mahananda Wildlife Sanctuary, is 10km from Siliguri off NH31. More than 1.5 lakh people visited the park this year.

“We have stopped the safari at the leopard enclosure. The leopards have been kept under observation. So far no unnatural behaviour has been observed,” Arun Mukherjee, the director of the Bengal Safari Park, said.

The enclosure is spread over close to 50 acres and has four leopards — two male and two female.

Singh, the driver, was attack by one of the leopards on Wednesday evening when he came out of the monitoring van inside the leopard enclosure.

The driver’s assistant rescued him. Singh was first taken to Siliguri district hospital, from where he was shifted to a private nursing home.

“We have three vans that monitor the animals’ locations inside the enclosure, carry food for the leopards and follow vehicles on which tourists enjoy the safari,” director Mukherjee said.

According to norms drivers are not supposed to get off the monitoring vans. “Once he recovers, we will interrogate him to find out why the driver came out of the vehicle,” Mukherjee said.

Sources said there were plans to educate all casual workers and drivers at the park about animal behaviour. The drivers and workers are hired from private agencies. Apart from the leopard safari, elephant, tiger and Himalayan black bear safaris are available at the Bengal Safari Park.