A century on, Kabuliwala romance revived

Two freelance photographers are seeking to rekindle the Indian public's interest in Calcutta's "Kabuliwalas", a community that acquired a romantic tinge in Bengal through Rabindranath Tagore's 1892 short story Kabuliwala. 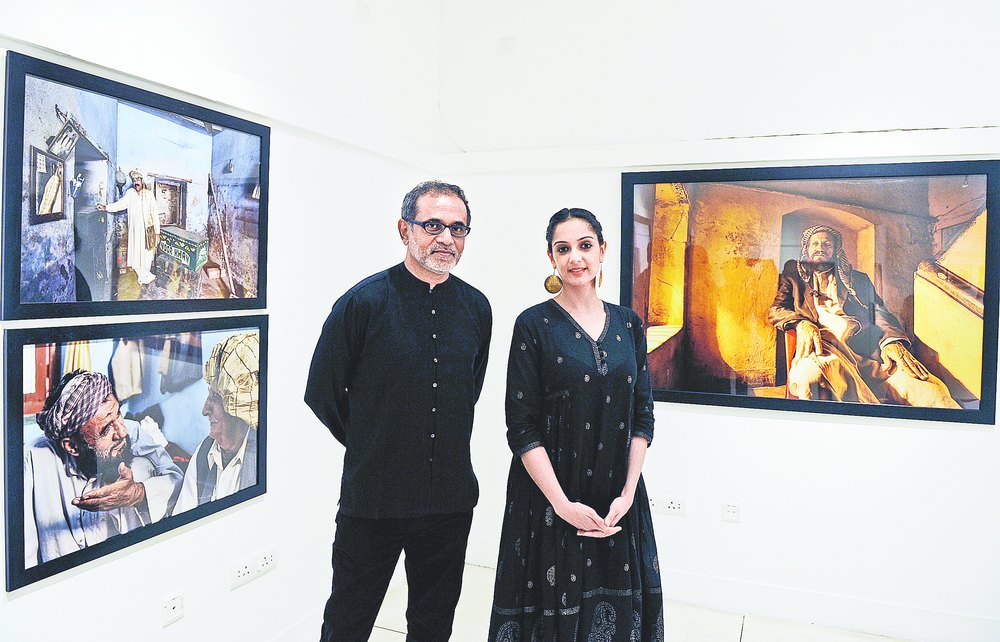 Former BBC journalists Nazes Afroz and Moska Najib, inspired by Tagore's story about the bond between an Afghan dry fruit seller and a young Bengali girl in Calcutta, have documented the lives of some 5,000 members of Calcutta's Afghan community.

Their efforts have culminated in an exhibition of 70-odd photographs that captures both the history and the present-day lives of Kabuliwalas and was inaugurated in the capital today.

"From Kabul to Kolkata: Of Belonging, Memories, and Identity" will travel to Dhaka after two weeks and later arrive in Calcutta in mid-May.

"Calcutta has had a long history of an amazing diversity of people, but it was disturbing for me to sense this diversity fading over the past few decades," said Nazes, a former Calcuttan who studied at St Xavier's College and has worked with several international media agencies for around 30 years.

"This project was an opportunity to capture at least one slice of the diversity. This is a tribute to Calcutta."

For Moska, a young Afghan who has lived in India most of her life, the project was a way of connecting with her own country.

"Being away from my homeland, I've been always drawn to the themes of identity and new belonging," she said.

"I wanted to explore how one of the oldest settled Afghan communities in India has held on to its culture and identity through more than 150 years."

Nazes said: "Few people, even Calcuttans, know that in Calcutta's suburbs, mainly Titagarh, lives a little-known community of migrants who once came from Afghanistan - the first of them around the year 1840."

The two photographers had teamed up to portray the theme of human bonding and touch on the issues of a loss of identity and a new sense of belonging.

"Until a few decades ago, Kabuliwalas were a common sight on the streets of Calcutta, as in most cities of north and central India," Nazes said. "But stereotypes and standard attributes have formed an ambiguous image of these people."

He said there was no written documentation of the community - no research has been done on the Kabuliwalas of Calcutta, nor have they themselves kept any records.

The only available written reference is the story by Tagore, later made into films in Bengali and Hindi.

Nazes and Moska pieced the exhibition together after reading historical accounts of Afghan travellers to India and speaking to members of the community, many of whom have never been to Afghanistan but continue to speak Pashto.

"That's because despite marrying local Muslim girls they have strongly maintained their tradition and culture, which does not allow women to be seen outside homes or to mix with others," Moska said.