Wait for manpower training to be completed 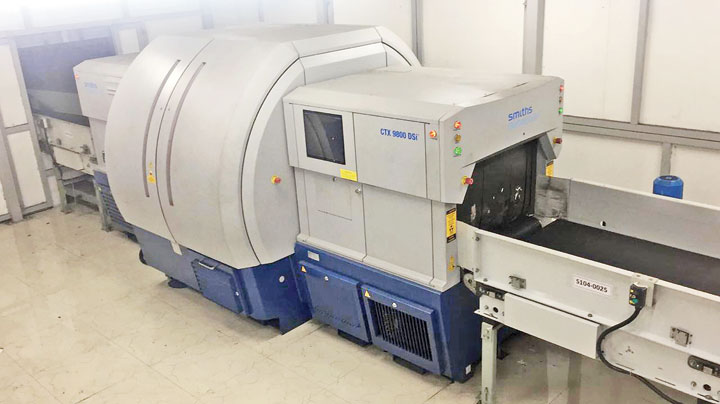 Calcutta airport’s long-delayed inline baggage screening system has got the mandatory clearance from the Transportation Security Administration (TSA), under the US department of homeland security, but cannot be rolled out before mid-February because personnel training is yet to be completed, officials said.

The inline baggage screening system, considered a basic facility at most airports, was earlier expected to be implemented in the city by the middle of January, airport officials said.

“Earlier, we had plans to commission the inline baggage screening in January but because the training and tests are not complete, we have rescheduled the commissioning to February,” said an airport official.

Chennai airport received the machines at the same time as Calcutta and the system has been been partially functional there since January 1, officials said.

At airports where inline screening is in place, passengers deposit their check-in baggage at the airline counter before collecting their boarding passes, without getting them scanned at standalone X-ray machines.

The inline baggage screening system at Calcutta airport needs 87 screeners, who are at present undergoing training. Forty-five of them have cleared the required tests and are now undergoing training conducted by the manufacturing company, officials said. Forty-two more are yet to clear the tests, said sources.

“Some of the screeners have to take the tests again while others are undergoing the training,” said an airport official.

He said the training was conducted at airports such as Delhi where the system is in place.

Most of the screeners have been hired from the now- defunct Jet Airways and Air India. They would earlier screen registered baggage in the standalone machines.

The airport authorities are planning to first introduce inline baggage screening in the international section, where there are fewer flights and passengers, before gradually rolling it out in the domestic section, sources said.

Inline baggage scanning had been introduced in the international section of the city airport in 2016 but was withdrawn temporarily pending an upgrade.

Initially, there had been plans to make the system operational before Puja last year. But the system developed snags during trial.

The Telegraph had earlier reported that the diverter, which guides a piece of baggage on the conveyer belt of the baggage screening system from one direction to another, had become slow.

When the machine was tested with full capacity, it showed snags. Siemens, which has provided the machines, has upgraded the software in keeping with TSA’s recommendations and also resolved the hardware issues.

“The problems have been resolved and the bureau of civil aviation security had wanted to get it cleared by TSA,” said an airport official.