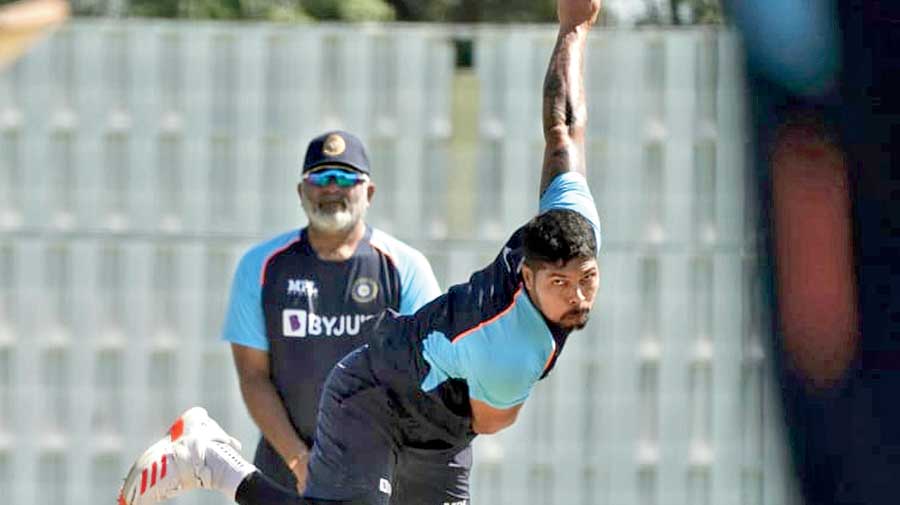 The forecast of rain and overcast conditions for the entire duration of the World Test Championship final at the Ageas Bowl has forced the Indian thinktank to revisit their strategy and the team combination.

The Indian team management had more or less decided to play both Ravichandran Ashwin and Ravindra Jadeja against New Zealand, keeping in mind the sultry conditions that prevailed since their arrival in Southampton. But the change in weather conditions could force Jadeja out of the playing XI for the Test, which begins on Friday.

Sources told The Telegraph that they are still undecided on whether to have a four-man pace attack or play an extra batsman in the form of Hanuma Vihari. India have gone into Tests with five specialist bowlers since the Boxing Day match in Melbourne. But the cold and wet conditions in the early part of the English summer and the incisive New Zealand attack have prompted a rethink in strategy.

As of now, the pace quartet of Ishant Sharma, Mohammed Shami, Jasprit Bumrah and Mohammed Siraj and Ashwin look likely to take the field.

Vihari has been in England for the past few months and got a feel of the conditions during his short stint with Warwickshire in the County Championship. His scores though have hardly been inspiring with only one half-century in six innings.

The Indians know well that New Zealand will have that slight edge having played two Tests against England in the lead-up to the final. Virat Kohli’s men have had to remain satisfied with intra-squad practice matches.

But in case the Indians decide to go in with three pacers and a spinner, Ishant may have to make way for young Siraj. The latter’s ability to bowl long spells while working up good pace and movement in the air and off the pitch will weigh heavily in his favour.

The Indians have included Umesh Yadav but he’s unlikely to make it unless there’s an injury concern.