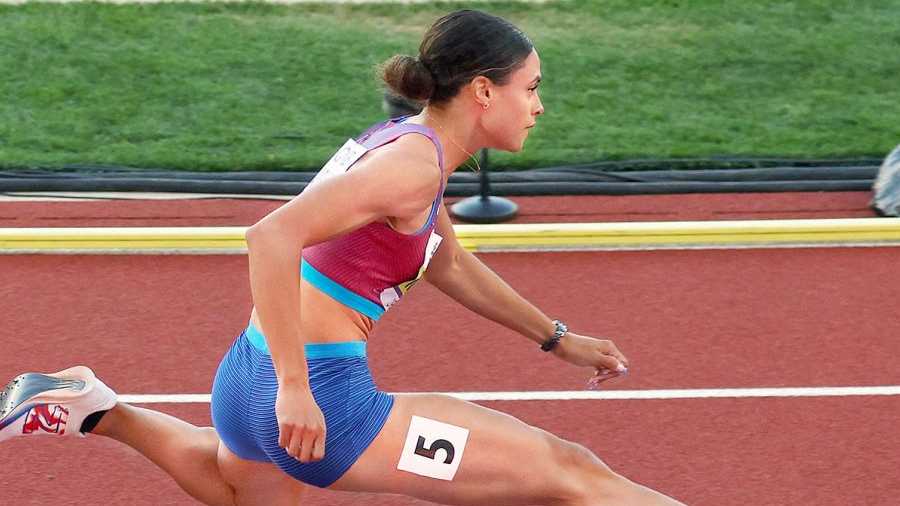 “The time is absolutely amazing and the sport is getting faster and faster,” said McLaughlin, who won the 4x400m world relay gold in Doha. “Just figuring out what barriers can be broken. I only get faster from here.” The 22-year-old told reporters shortly after the race that she and her coach Bobby Kersee, who has worked with seven-time Olympic gold medallist Allyson Felix, had been thinking about taking on another event even before arriving in Eugene.

“Bobby’s always coming up with new ideas so it’s hard to pin down one, but there’s talk of doubles, there’s talk of switching, so honestly I have no clue,” she said. “I haven’t even talked to him after the race so that’s something we’ll go back home after the season, discuss, see what we want to do and if it makes sense, it makes sense.”

The USATF (USA Track & Field) confirmed she is considering the 400 metres. Femke Bol, who beat Dalilah Muhammad to silver, hopes McLaughlin stays with the hurdles. “She pushes me to also go faster and try harder and I think it’s amazing to run in a race like today,” said Bol.

“I just love competing against the best.” Bahamian Miller-Uibo cruised to 400m gold in 49.11 seconds to win her first world title, adding to her two Olympic gold medals from 2016 and 2020 over the distance. Dominican Republic’s Marileidy Paulino, silver medallist behind Miller-Uibo in Tokyo, had to settle for second place again while Sada Williams of Barbados took bronze. In the men’s event, Norman made up for a disappointing fifth-placed finish in Tokyo by winning gold in Eugene, charging to victory in 44.29 seconds for his first world crown. Former Olympic and world champion Kirani James of Grenada was runner-up while Britain’s Matthew Hudson-Smith held off Champion Allison to take the final podium place.

“Last year was not a good year for me so I had to do a lot of hard work just to get back to where I was,” Norman said. “This moment is going to be remembered forever.” Tokyo bronze medallist Kelsey-Lee Barber joined 400m runner Cathy Freeman as the only Australians to retain a world athletics title after defending her javelin crown with a world-leading throw of 66.91m. American Kara Winger (64.05) and Japan’s Haruka Kitaguchi (63.27) snatched silver and bronze with their lastround throws.

Retirement deferred Allyson Felix postponed her retirement plans after being called up for Saturday’s 4x400m relay preliminaries, having brought the curtain down on her glittering career last week. She said team officials coaxed her out of her brief retirement after she helped the mixed relay team win a bronze medal last Friday in what she had said was her last major race.

“The coaches asked if I was available and there was no way I’d turn the team down,” the 36-year-old said. “When I got the call, I locked in and refocused,” Felix said. The final will be held on Sunday to close out the World Championships. Peru’s Kimberly Garcia Leon won the inaugural 35km women’s race walk in 2:39:16, a week after claiming her first world gold over 20km. Katarzyna Zdzieblo of Poland and China’s Qieyang Shijie also mirrored their results from the 20km race walk by finishing second and third.