Advertisement
Home / Sports / We can put pressure on any team: Harmanpreet Kaur

We can put pressure on any team: Harmanpreet Kaur 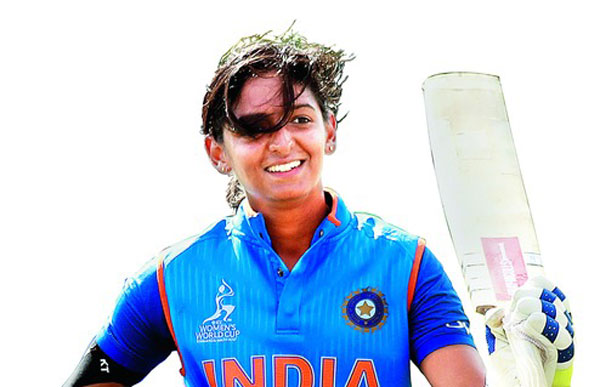 India captain Harmanpreet Kaur on Wednesday said her team has the ability to put pressure on any side in the upcoming ICC Women’s T20 World Cup, if the players have the right frame of mind.

Insisting that staying positive is the biggest strength of this Indian team, Harmanpreet said they are eagerly waiting to face four-time champions and title holders Australia in the tournament opener here on Friday.

“The nerves do start to kick in because we are very excited about that opening game and we're looking positive in that,” said Harmanpreet, who knows the city well after her stint with Sydney Thunder in the Women’s Big Bash League.

“We are a side that can put pressure on any team, we just look to stay in the right mindset and play the way we can because that is our biggest strength.

“In sport, sometimes you are in good form and at other times you are not. I know that everyone playing in this tournament will look to be positive, and that is good for our team,” she added.

With less than two days remaining for their clash against Australia at the Sydney Showground, Harmanpreet said a slow track and a huge Indian diaspora augurs well for her side.

“If the Sydney Showground is on the slower side, it will suit us, and it looks that way currently,” she said.

“We all know that everyone in India loves cricket. Wherever we go we always have our fans out there supporting and we are looking forward to that again,” she added.

Players from both teams will be backing themselves to go all the way to the final at the MCG on March 8, hoping to walk out in front of a record attendance for a women’s sporting event anywhere in the world.

The hype leading into the tournament is arguably greater than ever before. Young Australia pacer Annabel Sutherland, who is the daughter of former Cricket Australia CEO James Sutherland, will be taking her first strides in the Women’s T20 World Cup, just a few weeks after making her T20I debut.