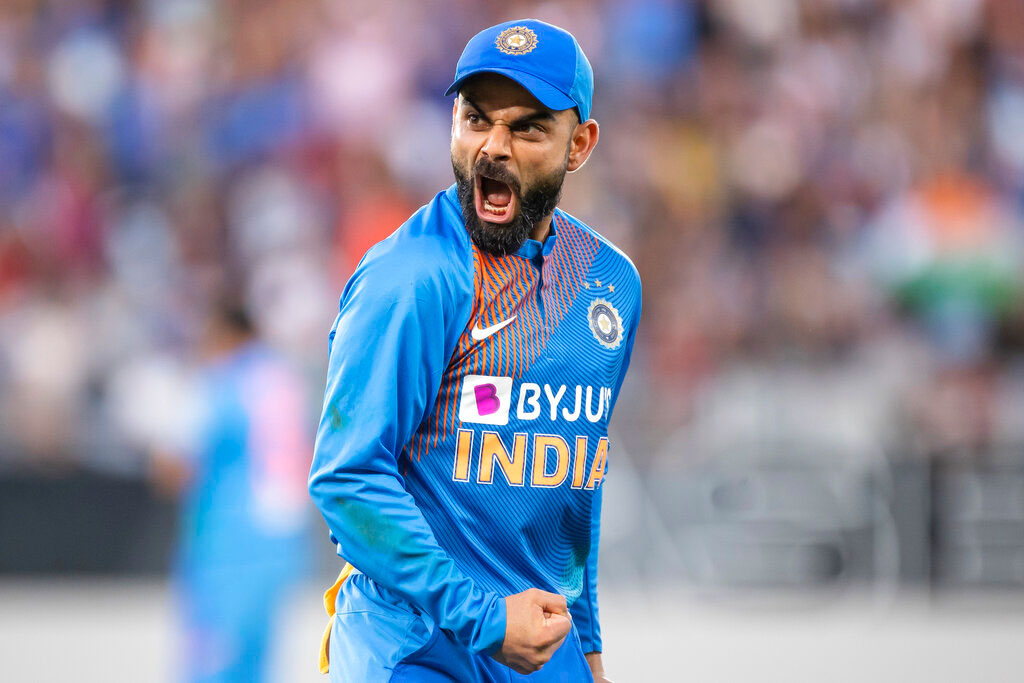 Captain Virat Kohli lauded his bowling unit for controlling the proceedings as India’s emphatic seven-wicket victory in the second T20I in Auckland on Sunday gave them a 2-0 lead against New Zealand in the five-match series.

In reply, India were off to a bit of a sluggish start due to the Eden Park pitch that had hosted the opening game as well. But once again, KL Rahul (57 not out) and Shreyas Iyer (44) came good and ensured India a victory with their splendid third-wicket stand of 86.

“I think we had another good performance today, especially with the ball. The bowlers stood up and took control of what we wanted to do out there.

“Sticking to one side of the wicket was a very good feature for us as a team to restrict a good New Zealand team to 132, which I think was below par,” Kohli said at the post-match presentation.

Thanks to the low target, India were able to reach home comfortably with 15 balls to spare. “The low total led us to bat in that manner, but we thought the pitch was good for 160 in the first half.

“We understood the angles of the field better, how the pitch was playing and I had to think on my feet as a captain,” Kohli stated.

Jadeja had the advantage as the ball gripped on the surface. “The ball gripped for the spinners, and Jadeja was outstanding. (Yuzvendra) Chahal was a banker. (Jasprit) Bumrah was amazing as well, while Shami and Shardul (Thakur) and Shivam (Dube) also made very good contributions with the ball. But I think we backed it up in the field more importantly,” Kohli added.

Kohli's opposite number Kane Williamson reckoned that the pitch was tough for batting compared to the first match and that they were some 20 runs short.

“It was a tough day. The wicket was quite different from the first game. I think as a batting unit, we needed another 15 or 20 to make it a little bit more competitive. But credit to the way India bowled,” Williamson said.

The New Zealand captain termed India as a “class side” which put them under constant pressure. “They’re a class side in all departments and they put us under pressure in that middle period.”

Rahul, adjudged Man of the Match for yet another efficient and intelligent knock, said he had to change his approach in this game due to the slightly slow nature of the pitch.

Opening the innings, the batsman-wicketkeeper played a big role in anchoring India’s run chase after Rohit Sharma and Kohli were dismissed with only 39 on the board.

The 27-year-old said he had to make some changes to his game, as the pitch was different than the one India played on the other night.

“Obviously, different circumstances… The target was different, the pitch was a little different too from what we played on a couple of days ago.

“So I knew I couldn’t play the same way I played a couple days back,” said Rahul. “I had a different responsibility on this occasion.

“We lost our senior players Rohit and Virat early, so I had to stay in there and make sure I finish the game.”