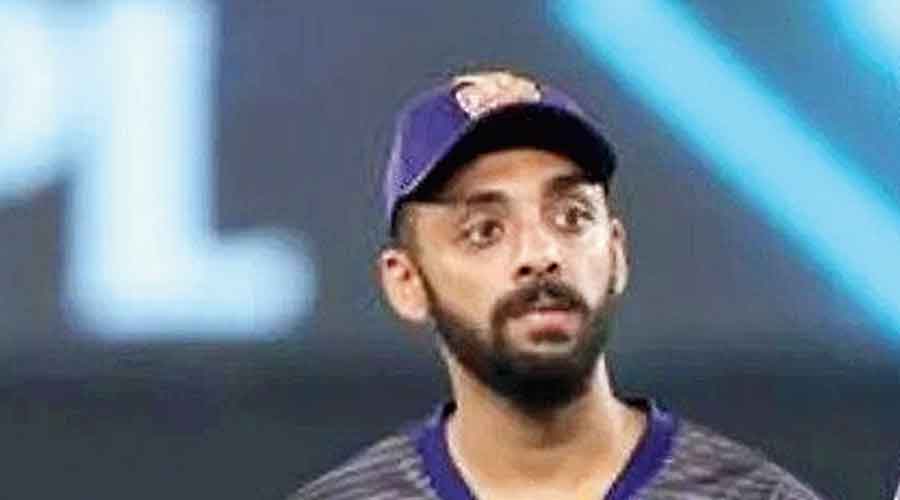 Kolkata Knight Riders' leg-spinner Varun Chakravarthy and pacer Sandeep Warrier, who were the first to test positive for COVID-19 in the currently-suspended IPL's bio-bubble, have returned to their respective home cities after completing 10 days of mandatory isolation.

Tamil Nadu's Chakravarthy was officially the first player in this edition of the IPL, who contracted the infection after going for some medical scans.

Subsequently, two of his teammates, Warrier and Prasidh Krishna, were also infected by the virus.

"Yes, Chakravarthy and Sandeep have gone home. They have completed 10 days of mandatory isolation. However, KKR as a franchise will keep monitoring their health," a BCCI official in know of things told PTI on Monday.

"They will undergo RT-PCR tests in Chennai and Kerala respectively," he added.

Both Chakravarthy and Warrier did not shw any major symptoms for the infection.

However, New Zealander Tim Seifert, another COVID positive KKR recruit, is still in isolation. The IPL was suspended on May 4.