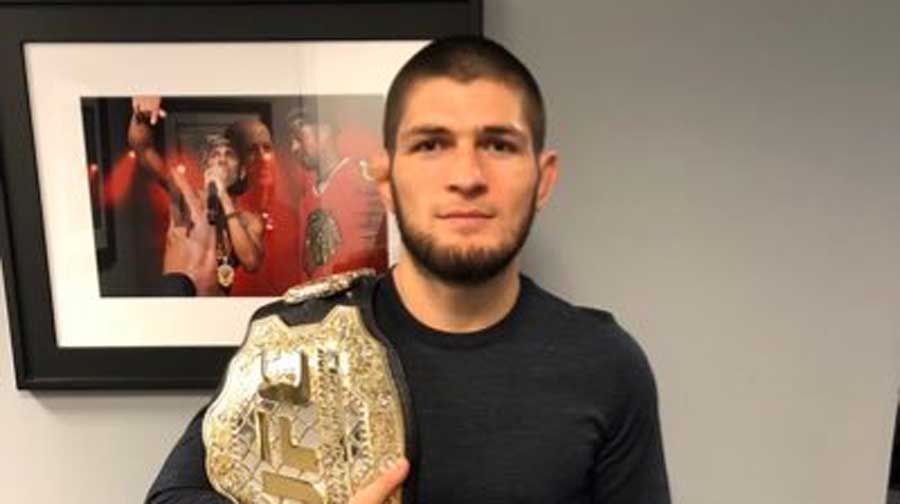 The Eagle, for whom the sky was the limit, felt he has had enough and decided to rest.

Such is the story of MMA world lightweight champion Khabib Nurmagomedov, nicknamed The Eagle, whose stunning career would go down as one of the best in the history of sports.

Having defended his lightweight title, beating Justin Gaethje at UFC 254 on Saturday in Abu Dhabi which extended his unbeaten record to 29-0, the 32-year-old mixed martial artist announced his shock retirement from the sport.

Khabib had promised his mother that the clash with Gaethje would be his last fight as she didn’t want him to fight without his father Abdulmanap who passed away in July. “I’m the UFC undisputed, undefeated champion with a 13-0 record (in UFC) and 29-0 in all of my pro MMA career.

“Today I want to say this is my last fight. No way am I coming here without my father.

“When UFC called me about Justin, I spoke with my mother for three days. She didn’t want me to fight without father and I said this is my last fight. And I have given her my word,” Khabib was quoted as saying by Sky Sports.

Congratulatory messages poured in for the champion from the UFC community, with Cristiano Ronaldo also taking to social media and sharing a pic of the Russian MMA fighter. He congratulated Khabib for his prolific career and said that his father would have certainly been proud of his achievements.

En route his third successful title defence, Khabib had to deal with a broken foot as well. But the outcome of the fight only reflects that obstacle made him more determined to prevail over his opponent.

“What this guy has been through, we’re all lucky we got to see him fight,” said UFC president Dana White.

“Apparently he was in the hospital. He broke his foot three weeks ago. So he has two broken toes and a bone in his foot that’s broken --- that’s what his corner was telling me... Never told anybody,” White revealed.

“He is one of the toughest human beings on the planet and he’s the No. 1 pound-for-pound fighter in the world and seriously, you have to start putting him up there with GOAT status with whoever else you think is the GOAT.”

Born in Dagestan, Khabib began wrestling from the age of eight under the tutelage of his father who himself was a decorated athlete. Khabib’s training included grappling with a bear when he just nine.

The objective behind such a method of training was to test his character before he hit the big stage.

“First, a child always wants his father to see what his son is capable of. It is a pity that there was nothing more interesting when he was younger.

“In the end, this was a test of character more than exercise,” Abdulmanap had said in the past.