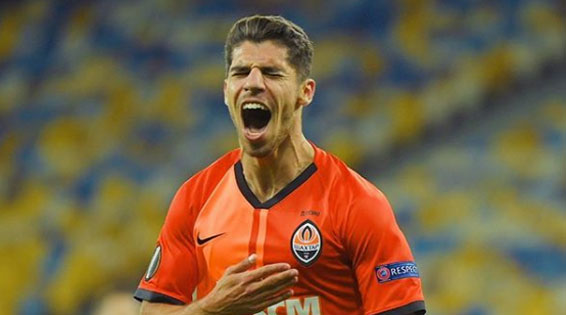 Thirteen-time European Cup winners Real Madrid were handed a humiliating defeat as a shambolic first-half performance was clinically punished by a second-string Shakhtar Donetsk side.

The Ukrainian champions arrived in Madrid for their Champions League match without 13 first-team players after 19 positive Covid-19 tests throughout the club left them needing to call up youth-team players.

But Luis Castro’s young side were undaunted and swept into an amazing, but thoroughly warranted, 3-0 lead at Madrid’s empty Alfredo di Stefano training ground.

Goals from Luka Modric and Vinicius Junior after the break gave Real hope, but there was no escape for the competition’s most decorated side despite a dramatic finale.

In a Group A match, Salzburg were held 2-2 by Lokomotiv Moscow.

On Tuesday, Manchester United triumphed at Paris Saint-Germain again, but the victory was not as euphoric as the previous one, according to coach Ole Gunnar Solskjaer.

United’s previous trip to Paris in 2019 ended with Marcus Rashford scoring an injury-time penalty that secured qualification for the quarter-finals on away goals, while Tuesday’s 2-1 win was just a stepping stone in Group H.

“It’s a different feeling… it’s at the start of the group stage but we’ve beaten a fantastic team,” Solskjaer said after Rashford again netted the winner, three minutes from full time.

Barcelona coach Ronald Koeman lamented a red card for Gerard Pique in their 5-1 victory over Ferencvaros that will keep the defender out of next week’s trip to Juventus.

Pique was sent off by Swiss referee Sandro Scharer with 20 minutes to go after a blatant pull-back in the box on the jersey of Ferencvaros striker Tokmac Nguen after he had been well beaten for pace.

“The penalty and the red card were very bad for us,” a rueful Koeman told reporters.