Advertisement
Home / Sports / Toppers of the world of 2019

As 2019 nears its end, The Telegraph takes a look at the year that was and the stars who shone bright 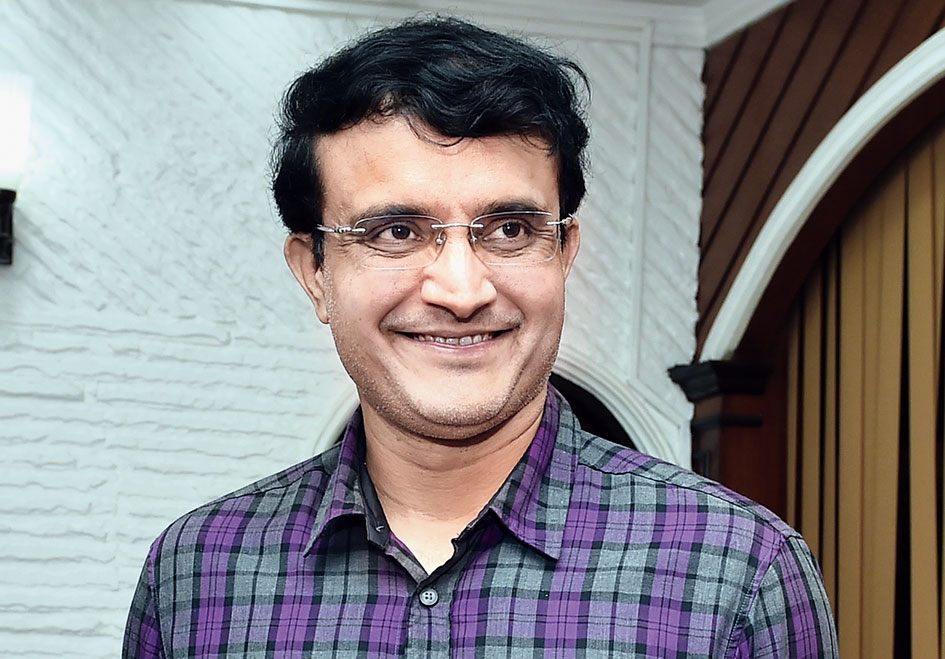 Sourav Ganguly (in pic above) changed the face of Indian cricket with his flamboyant and positive captaincy. Having taken charge after the Hansie Cronje match-fixing scandal in 2000, he showed the way to win Test matches overseas. In his new innings as the Board of Control for Cricket in India president, he has already promised bigger things having successfully hosted India’s first-ever Day-Night Test at Eden Gardens. India are expected to play their first overseas day-night Test in Australia in 2020. Having taken charge in an “emergency-like situation” after the Supreme Court-appointed Committee of Administrators ended its 33-month tumultuous ride, Sourav has taken the challenges head on. The contentious conflict of interest clause has come in the way of the formation of the Cricket Advisory Committee and the naming of the national selectors, but once the SC gives its verdict, such obstacles would be blown away. Sourav and his young team have already promised bigger things and we can look forward to the coming year with optimism. 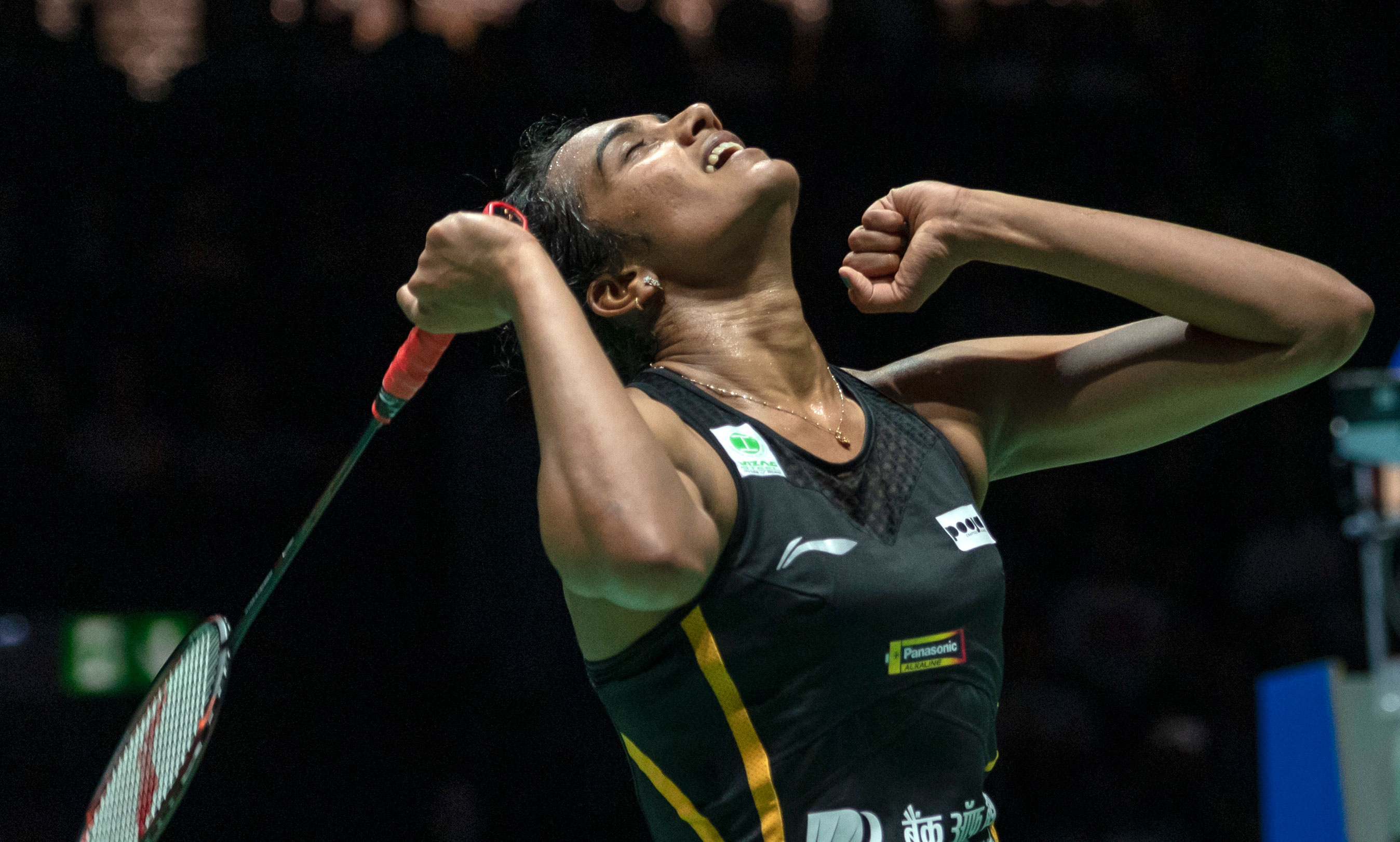 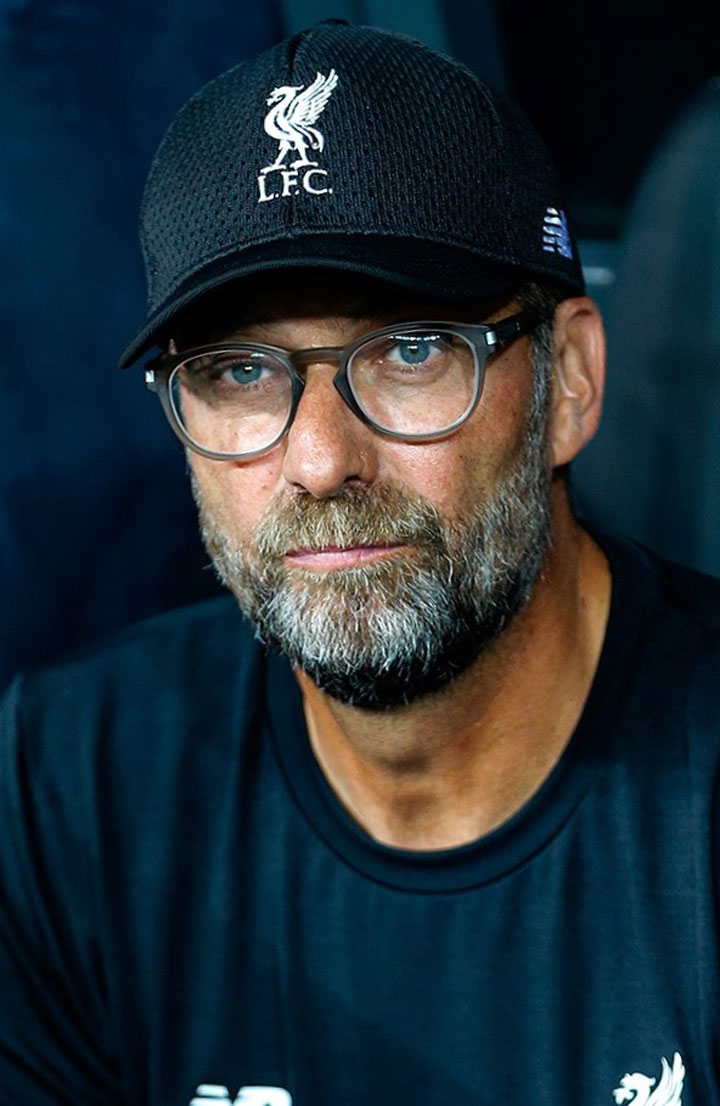 When Jurgen Klopp arrived in Liverpool in 2015, he had this to say: “We have to change, from doubters to believers — now.” And indeed Liverpool have changed and how. In four years he has made them into a crack outfit. Every time Liverpool have the ball, you can anticipate something is going to happen. A Champions League title on the first day of June — their sixth overall — and now they are rushing towards their first Premier League crown in 30 years. Their 4-0 demolition of Leicester away last week was so brutal that people have already given them the title. Mohamad Salah, Sadio Mane, Roberto Firmino (‘Bobby’ to Klopp) and Virgil van Dijk are playing a brand of football from another planet under Klopp. He was voted Fifa’s best coach of 2019. It’s because of him the “18 Till I Die” taunt that every Liverpool fan endured has stopped. For they should get their 19th title by March. 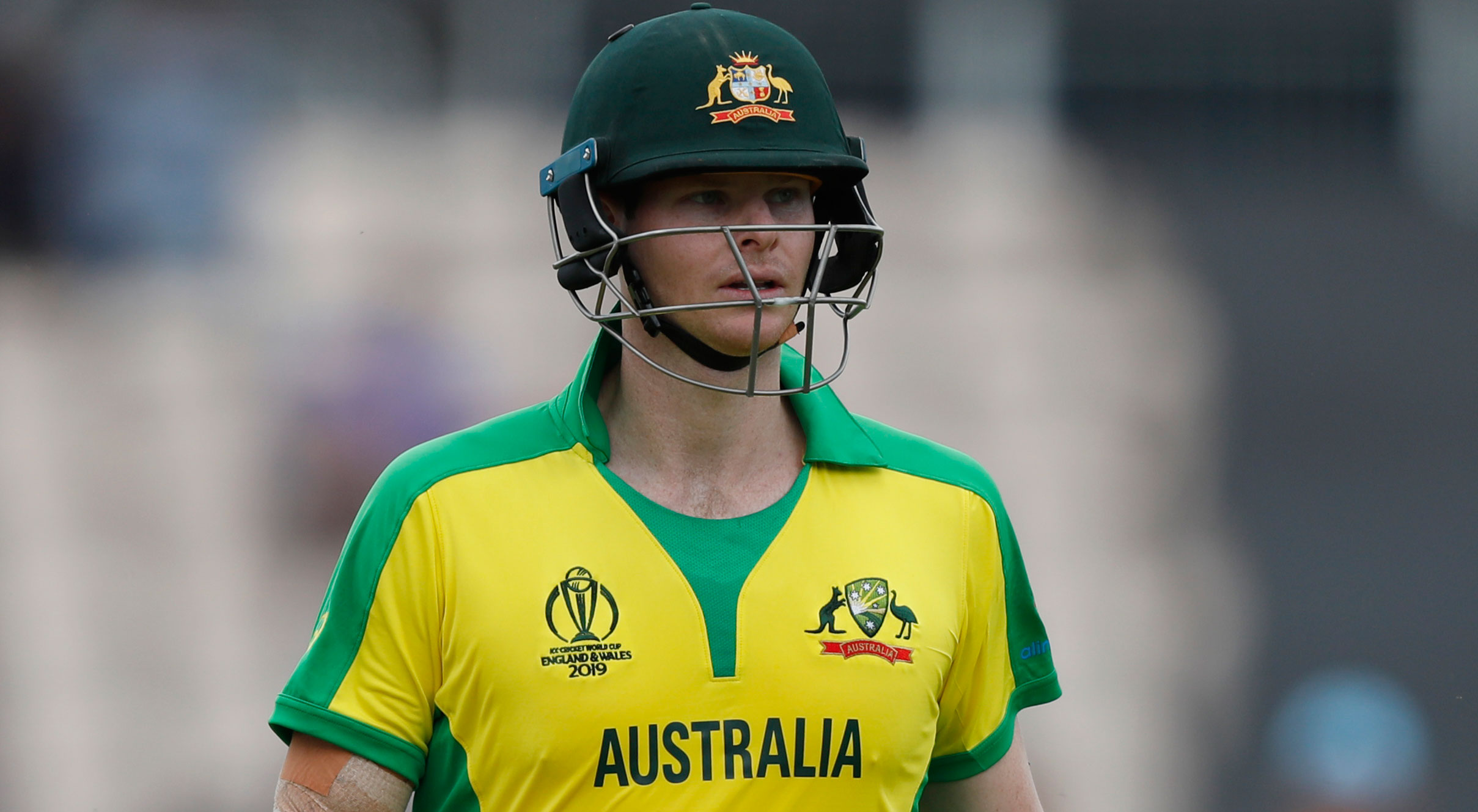 On August 25, in St Jakobshalle in Basel, Switzerland, India found a world champion. PV Sindhu romped to a 21-7, 21-7 victory against Nozomi Okuhara, in arguably one of the most one-sided World Championship finals in history. 2019 was third time lucky for the Hyderabad girl, as she had lost in the finals of the championship in 2017 and 2018. With South Korean coach Kim Ji Hyun guiding her from February this year, Sindhu was a force to reckon with in the World Championship. She defeated Chinese Taipei’s Tai Tzu Ying in the quarter finals, China’s Chen Yufei in the semi-finals before taking on Okuhara in the summit clash. The quarters against Tai was one of the toughest matches of the championship. Sindhu stormed back after a meek surrender in the opening game, to pip Tai 12-21, 23-21, 21-19. This was the match that tested not only her aggressive game but also her mental toughness, for Tai was strongly favoured to win her first world title. But after the worlds, and a split with coach Kim, Sindhu could not really live up to expectations. She ended 2019 at the sixth spot in the BWF rankings.

It was a different Christmas for Leander Paes this year. The 46-year-old icon of Indian sport chose a chilly evening to announce that 2020 will be his farewell year, when he wishes to have his “One Last Roar.” That decision perhaps made more headlines than his on-court exploits this year, because frankly 2019 has otherwise not been kind to the former World No. 1 doubles player. The 18 time Grand Slam champion ended the year outside the top 100. But Paes was in the news when India took on Pakistan in the Davis Cup. He was not even in the initial team, but with security issues leading to players, led by the then captain Mahesh Bhupathi, expressing concerns and the ITF finally changing the venue to a neutral one in Nur-Sultan, Kazakhstan, Paes found himself back in the mix. He bettered his own Davis Cup record by winning his 44th doubles match, partnering debutant Jeevan Nedunchezhiyan. India won the tie 4-0. 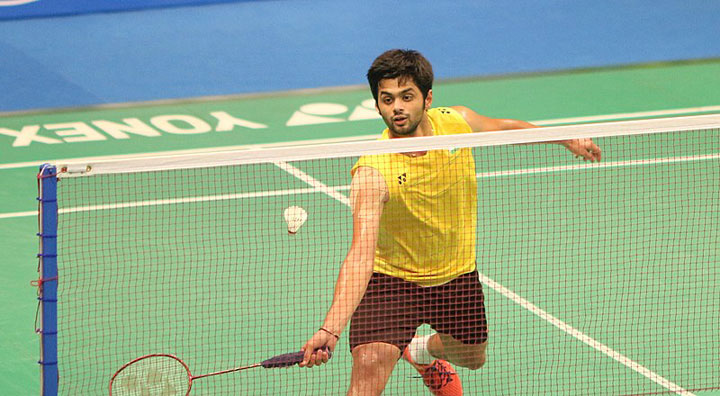 The year 2019 was set to be a crucial year in former Australian captain Steve Smith’s career. Having resumed his career after serving a 12-month ban for a ‘brain fade’ in the Newlands Test match against South Africa, he made his comeback to international cricket during the World Cup in England and the subsequent Ashes series. Though he failed to score a century in the quadrennial showpiece, he scored 379 runs in 110 matches with four 50-plus scores. Against England, Smith was expected to replicate his Ashes 2017 form, and he lived up to the expectations by scoring twin centuries (144 & 142) in his comeback Test. His purple patch continued throughout the series as he scored 774 runs in just seven innings with a Bradman-esque average of 110.57. During the year-end series against New Zealand, Smith achieved yet another milestone by entering the top 10 of the all-time leading run-scorers for his country in Test matches. He went past former captain Greg Chappell's tally of 7,110 runs, moving into 10th position on Australia's list of all-time Test run-scorers. Overall, he finished second behind Marnus Labuschagne during the year with 965 runs under his belt. 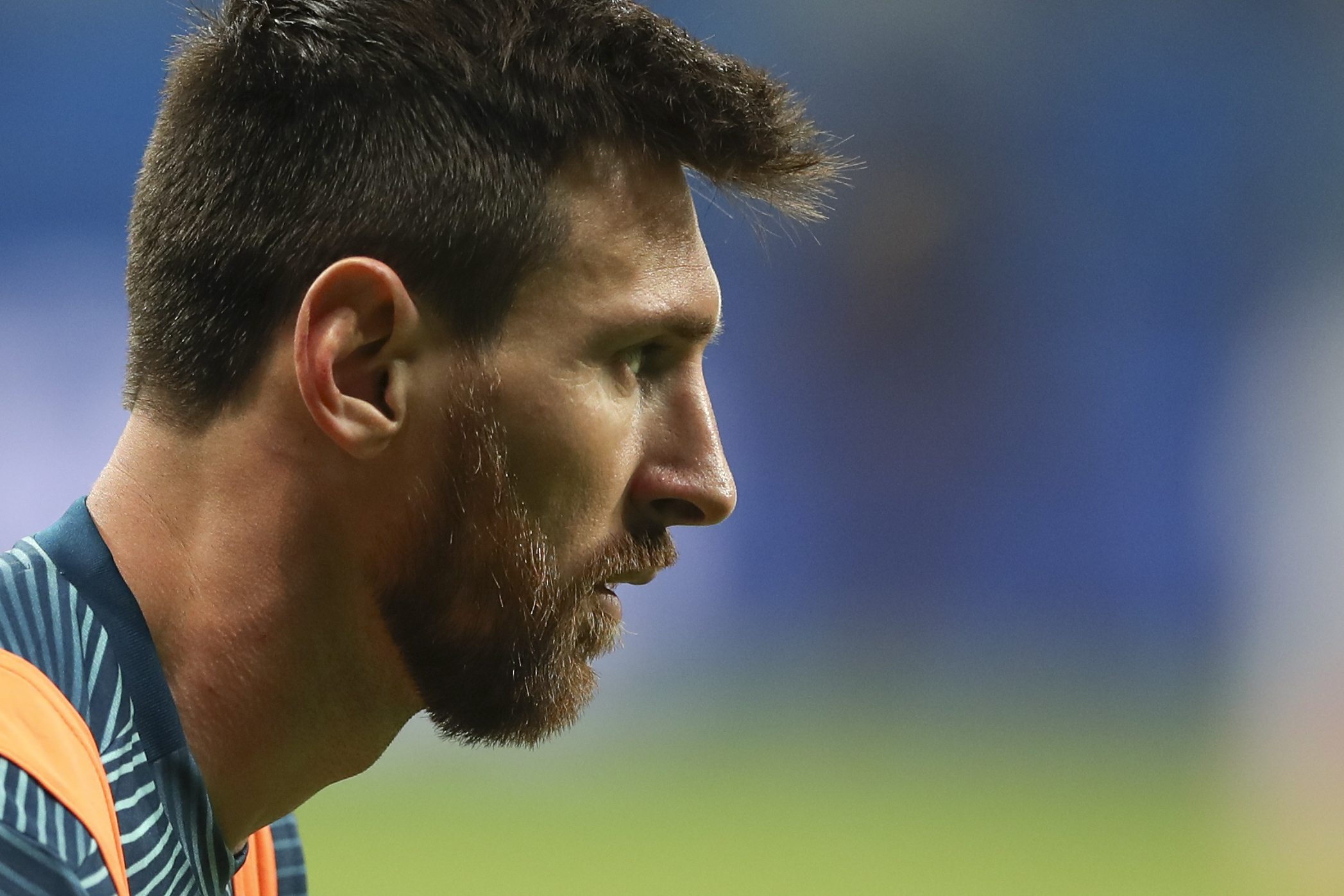 Messi produces magic on demand, all with an understated, consummate ease
(Shutterstock)

On November 4, Rafael Nadal regained his No. 1 position in ATP rankings. The Spaniard’s stunning season saw him reach at least the semi-finals in every tournament he played in except for Acapulco. “I prefer being No. 1 to being No. 2 and No. 2 to being No. 3. And finishing the year as the No. 1 in the world is something special,” he had said after becoming world No.1 for the eighth time in his career. Nadal won two Grand Slams (the French Open and the US Open) this year. He made it to the final at the Australian, while reaching the semis at Wimbledon. At age 33, Nadal is the oldest person to finish the year at No. 1. He also became the first player to hold, lose and regain the year-end No. 1 ranking on four occasions. The 11-year gap between Nadal’s first year-end No. 1 season (2008) and his last (2019) is also a record. He also helped Spain win their sixth Davis Cup title in 2019. He won all eight of his matches (singles and doubles).

In August, India’s Sai Praneeth, ranked 19th in the world then, became only the second Indian man after the legendary Prakash Padukone to win a medal at the World Championships. Praneeth won the bronze after he lost in the semi-finals to world No. 1 Kento Momota of Japan. This came 36 years after Padukone had clinched a bronze. Praneeth was conferred the Arjuna Award this year. August also proved a merry month for Indian men as the doubles duo of Satwiksairaj Rankireddy and Chirag Shetty won the Thailand Open to give India the first BWF Super 500 doubles title. They defeated the third seeded Chinese pair of Li Jun Hui and Liu Yu Chen 21-19, 18-21, 21-18. The duo also broke into the world’s top ten for the first time in India’s badminton history but had to settle for 12th spot in the BWF year-end rankings, with 57,500 points from 14 tournaments.

What did Lionel Messi do in 2019? Well, ask Diego Simeone. On the first Sunday of this month, at the other side of Madrid, Messi got a ball in his own half and ran. Atletico Madrid coach and Messi’s compatriot Diego Simeone also accompanied him from the touchline. Sensing danger he started shouting at his players to close Messi down and then the Barcelona star curled the ball into the corner to score another late winner. Looking helpless, Simeone’s nod, applaud, shrug and then clap went viral on social media. The next night Messi got his sixth Ballon D’Or. In 2019 Messi led Barcelona to another La Liga title — their eight in 11 years — and also stirred up a hornet’s nest by accusing Concacaf of favouring hosts Brazil after Argentina lost to the eventual winners in the semi-finals of Copa America. He was banned and slapped with a fine. Before the Copa heartbreak, there was the Champions League disaster. Barcelona travelled to Anfield with a 3-0 first leg advantage but wilted against a brilliant Liverpool 0-4 in the semi-final. Messi’s face said it all. Heartbroken, shell-shocked. But still 2019 was Messi’s. Just for the stacks of goals he has scored, number of assists he has and for those out of the world free-kicks.

Virat Kohli scored 2,455 runs this year in all formats – Tests, ODIs and T20s – combined. That is the highest number of runs scored by any batsman in 2019. Since 2016, Kohli has finished with the most number of runs in Tests, ODIs and T20Is combined, each year. While in 2016, Kohli top-scored with 2595 runs to his name, he followed that up with 2818 and 2735 runs in 2017 and 2018, respectively. The Team India captain has thus proved his dominance across all formats. In 2019, Kohli became the first batsman ever to complete 20,000 international runs in a decade. In the period between 2010 and 2019, Kohli played 84 Tests, 227 ODIs and 75 T20Is in which he scored 7202, 11125, and 2633 runs, respectively, making it a total of 20960. Despite the heatbreak during the World Cup, Kohli will look back with satisfaction, having taken India to the top of the Test rankings. “The losses that we had in England are something that we as a team would have wanted to change but again... things have to be a certain way... and we had to go through those hard times to reach where we are today,” Kohli said recently. 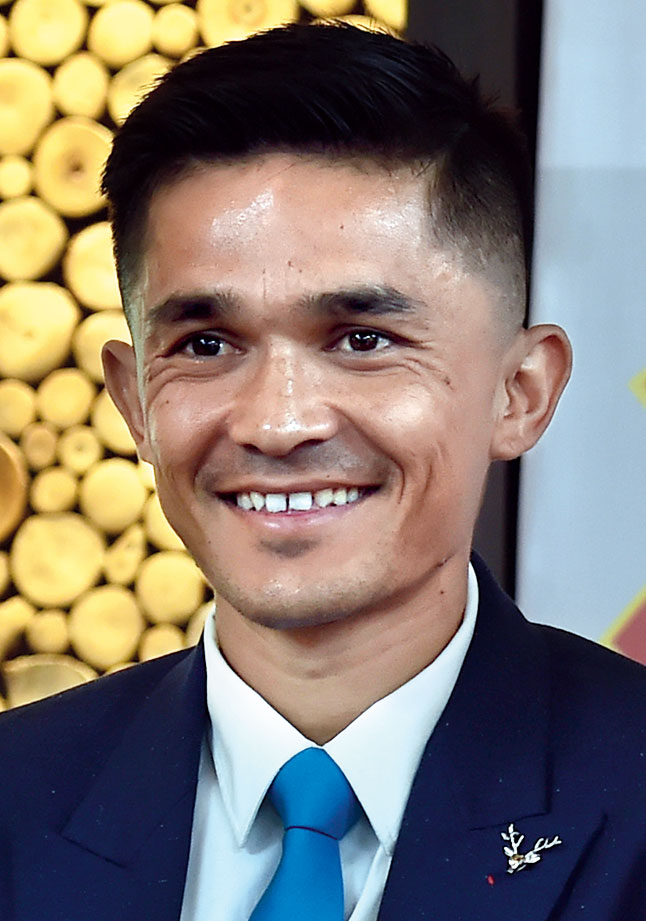 Indian football started with a lot of promise but was plagued by inconsistency this year. If we saw a gutsy goalless draw against Asian champions Qatar in Doha, Sunil Chhetri and Co. also failed to beat lower-ranked Bangladesh at home. The level of inconsistency can be gauged from this — India began the year on 97 in Fifa rankings, but after two wins, four draws and seven losses, the country ended 2019 at 108. In early January, a win in the first match of the Asian Cup gave us hope but it turned out to be a false dawn as the team failed to qualify for the next round of the tournament. Out went Stephen Constantine as coach, in came Croat Igor Stimac. Failures at the Kings Cup and the Intercontinental Cup followed, with India unable to make it to the finals. Amid the ruins, captain Chhetri refused to slow down despite touching 35. He is perhaps playing his best football in the last couple of years. Till now India do not have anyone who has the ability to take the mantle from him. Sooner we find one, the better.