Semi finals against England called off due to rain, India qualify by the virtue of being unbeaten in the group stages 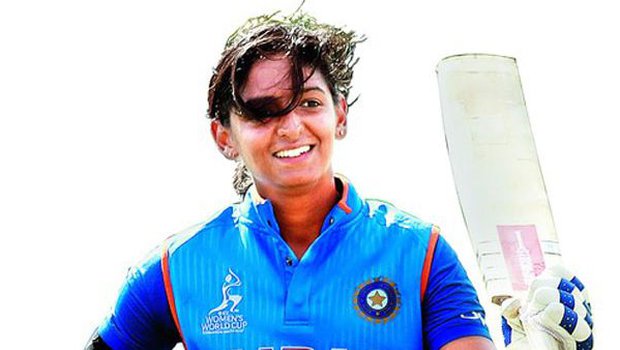 An unbeaten run in the group stage propelled India to their maiden Women’s T20 World Cup final against defending champions Australia after their last-four clash against England was washed out here on Thursday, prompting both captains to say that reserve days are essential for knockout clashes.

Persistent rain since morning delayed the toss and eventually the semi-final was called off without a ball being bowled, taking India to the summit clash and leaving the England players in tears.

India will take on four-time winners Australia, who defeated South Africa by five runs in what was also a rain-hit match. The two teams will clash on Sunday, which also happens to be the International Women’s Day.

“Really frustrating. Not how we wanted the World Cup to finish for us. No reserve day, no chance of getting play, and ultimately that loss against South Africa cost us,” a dejected England captain Heather Knight said after the game was abandoned.

India captain Harmanpreet Kaur also agreed that the semi-finals should have had a reserve day, a request which was made by hosts Cricket Australia but turned down by the ICC.

“Unfortunate we didn’t get a game, but there are rules and we have to follow it.

“Having reserve days in the future will be a great idea,” said Kaur.

India had topped Group A with four victories in as many matches while England had finished second in Group B with three wins and a defeat.

“From Day I, we knew we have to win all the games because in case the semis don’t happen, that would be hard for us. In that sense, credit to the team for winning all the games,” said Kaur.

“Everybody is looking in great touch… Shafali (Verma) and Smriti (Mandhana) are giving us good starts, and that helps. Smriti and I are trying to spend more time in the nets,” she added reflecting on her and Mandhana’s indifferent form.

For the final in Melbourne, reports say that 60,000 tickets have already been sold.

Thursday was also special for Kaur as her parents were at the ground to watch the game.

“It was the first time they were going to watch me play cricket, since my dad did when I was in school, and my mother has never watched me play cricket,” Kaur said at the post-match media conference.

“They wanted to see the game, but unfortunately the rain didn’t allow play.

“It means a lot because from I always wanted them to watch me playing cricket and today I got this opportunity.

“They have come here to watch all of us playing, and I hope we get support from all the parents as we try to win this tournament.”

Her parents will remain in Australia to watch India play the final at the iconic MCG.

India’s men’s team skipper Virat Kohli praised the women’s side for reaching their maiden final of the T20 World Cup.

“Congratulations to the Indian Women’s team on qualifying for the T20 World Cup final. We are proud of you girls and wish you all the luck for the finals,” Kohli tweeted.

“Rain played spoilsport when we all wanted to witness a great match and see our girls in blue qualify to the finals! But nonetheless, we will take this with both hands as well — cannot wait for the 8th of March.”

Former India opener Virender Sehwag also took to Twitter to wish the Indian side luck for the final which is scheduled to be played in Melbourne on Sunday. “...A reward for winning all the matches in the group stage. Congratulations BCCI Women and wishing you glory this Sunday #T20WorldCup,” Sehwag said.

“Go out and give your best. And that is what my message to them is. Don’t take any pressure, though it is easier said than done. I genuinely want to tell them that just stay together,” Sachin said.

Former India Test specialist VVS Laxman hailed the side for their unbeaten record in the tournament so far.

“Would have been great to see the match, but many congratulations to BCCIWomen for making it to the finals of the #T20WorldCup . A reward for winning 4 out of 4 in the group stages. Wishing the girls the very best for the finals on #WomensDay”.