All about giving something back to the society and doing our bit in whatever way we can: Tamim 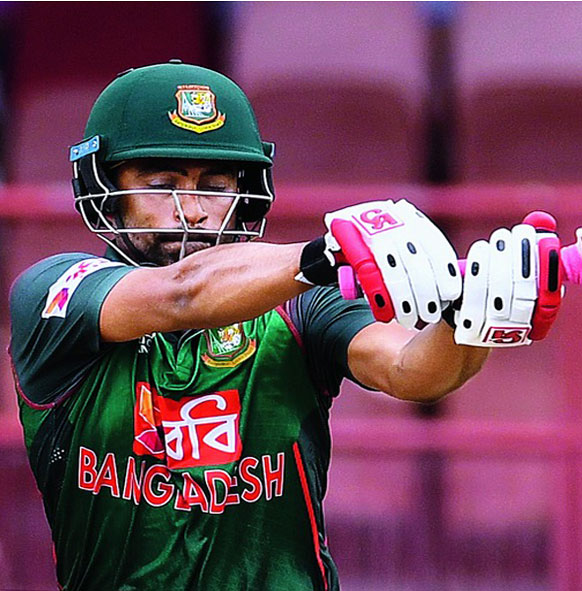 Bangladesh cricketers have come to the aid of the coronavirus victims and their families, following in the footsteps of the likes of Cristiano Ronaldo, Lionel Messi, Roger Federer and Sourav Ganguly.

Tamim Iqbal, Mushfiqur Rahim, Test captain Mominul Haq, Mashrafe Mortaza, Mustafizur Rahman, Soumya Sarkar, Liton Das and Mehidy Hasan Miraz are among the 27 cricketers to have donated 50 per cent of their salaries of this month for the welfare of those affected in Bangladesh.

Speaking to The Telegraph from Dhaka on Thursday, Tamim, who’s now Bangladesh’s new ODI captain, said: “It was a combined decision taken by all of us.

“First of all, cricket has given us so much. The fans cheer for us throughout the year. Had we not played for Bangladesh, I don’t think we would have had such a fan following. So this is all about giving something back to the society and doing our bit in whatever way we can.”

According to Tamim’s teammate Rahim, the 27 players have put together a fund to help the victims as well as those struggling to make both ends meet because of the lockdown.

“All of us, from our respective spheres, have to come forward in order to combat the coronavirus. The amount that we’ve raised will be used for treatment of Covid-19 patients as well as those who are confined at home and are struggling for survival,” Rahim wrote on his Facebook page.

One, however, shouldn’t go overboard with their gesture, Tamim feels.

“Donating money is not everything or the only thing one can do at the moment,” the left-handed opener said, adding that even giving a message through social media is a part of spreading awareness.

“Even those sportspersons or cricketers who are spreading awareness through social media are doing a pretty good job. It all boils down to how you spread awareness because being aware is one of the ways to battle this virus.”

Asked about the current situation in Bangladesh, Tamim said: “The situation is not that bad in our country.

“All I can say is each one of us is trying to be very careful and staying indoors and making sure not to socialise in these difficult times. We are following what is prescribed to us in order to break the chain.

“This virus is spreading very fast, so we need to do everything to ensure it gets checked and normalcy is restored.”