Liverpool's victory is 34th in their last 35 league games 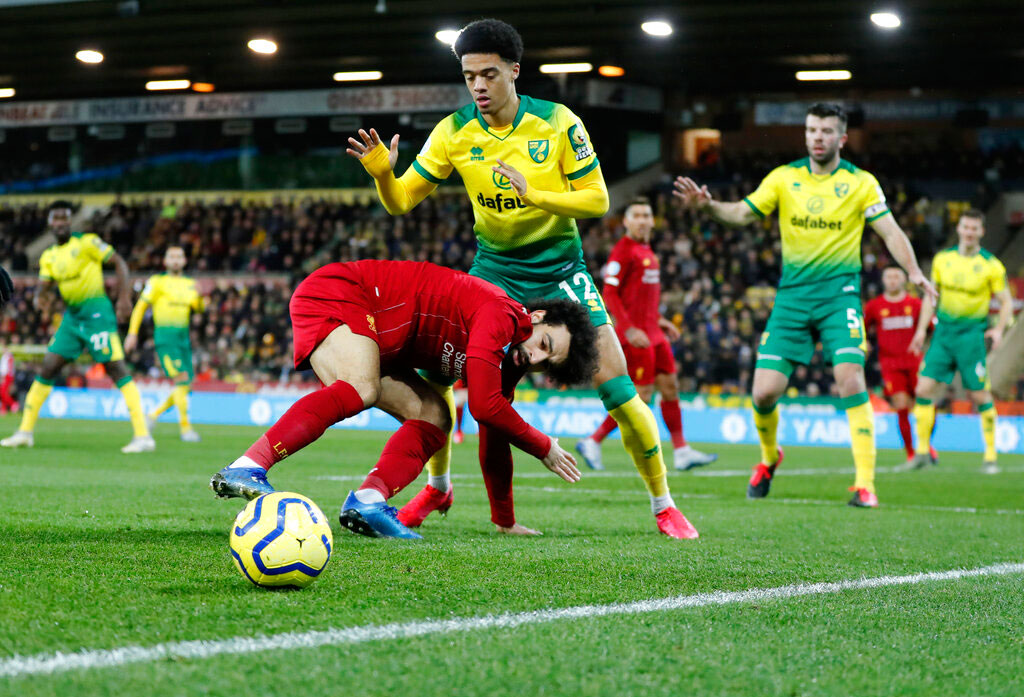 Liverpool’s Sadio Mane marked his return from injury with a late goal to crack Norwich City’s resistance and secure a 1-0 win on Saturday to extend his side’s Premier League lead to 25 points.

The bottom-ranked Norwich were proving a tough nut to crack on a windy evening for Juergen Klopp’s side, but Mane, who came on as a substitute on the hour, pounced to drill home a fine finish from inside the area in the 78th minute.

It was his first appearance since going off injured in Liverpool’s win at Wolverhampton Wanderers back on January 23.

Norwich had defended resolutely and twice came close to taking the lead, but Liverpool’s relentless romp towards a first English title for 30 years continued.

The victory was their 34th in their last 35 league games and their 17th in succession.

Norwich, for whom Alexander Tettey struck the woodwork in the second half, remain seven points adrift of 17th-placed Aston Villa, who host Tottenham Hotspur on Sunday.

Elsewhere, Wolverhampton Wanderers had a goal controversially ruled out by VAR as they were held to a 0-0 draw at home to Leicester City, who finished with 10 men.

Wolves thought they had the lead just before the break when Willy Boly headed home after a short-corner routine but VAR ruled that Pedro Neto was marginally offside when he crossed. The VAR footage showed Neto’s non-striking foot slightly offside when he received the ball back from Diogo Jota from the corner.

Leicester went down to 10 men when Hamza Choudhury was sent off for tripping Leander Dendoncker as he picked up a second yellow card in the 76th minute.

Matej Vydra’s stunning strike earned Burnley a 2-1 victory at Southampton to move them into the top half of the Premier League table on Saturday.

The Czech player, who

replaced injured Burnley striker Chris Wood midway through the opening half, had hardly had a sniff of goal but produced a dazzling finish.

Burnley had taken the lead in the second minute with a bizarre curled goal straight from a corner taken by Ashley Westwood. Vydra won it when he chested the ball down and edged it past a Southampton defender.