Advertisement
Home / Sports / Sri Lanka have ace up their sleeve

Sri Lanka have ace up their sleeve 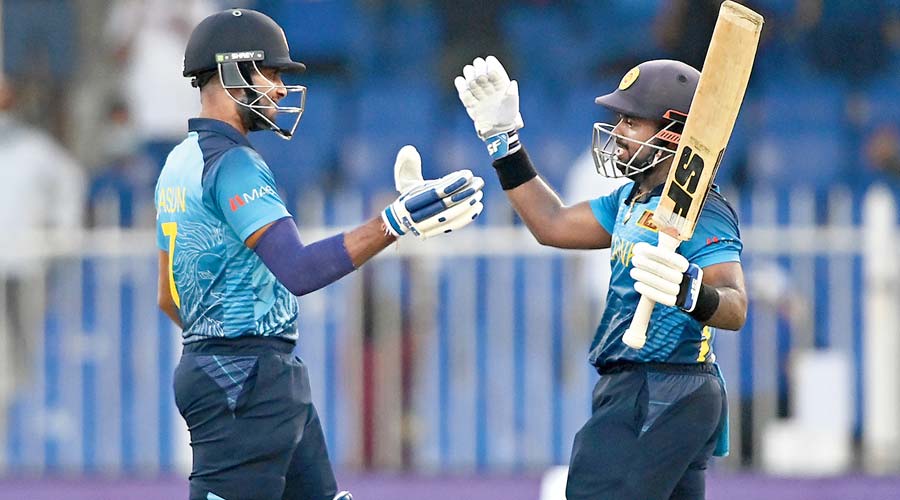 The “underdogs” tag seems to have become quite normal for Sri Lanka when they take on higher-ranked teams across formats.

But such tags don’t seem to bother them much as they feel less pressure against a supposedly stronger opposition.

It has been a fresh start for the islanders since July, after being embroiled in the bio-bubble breach controversy during their tour of England. They may not have won all matches since then, but have been a group of fighters who refuse to be pinned down with just one knockout punch from the opposition.

This Dasun Shanaka-led side is capable of unleashing a counterpunch even if chips are down. Something that was noticed even in their opening T20 World Cup game versus Bangladesh at Sharjah, where they overcame a tough situation and then reached home quite easily.

With clarity in approach and an uncomplicated mindset, it wouldn’t be an overstatement to say that Sri Lanka are in a better space compared to Australia, their opponents in Thursday’s Group I game at the Dubai International Stadium.

Agreed Australia too have won their opening game, but they were stretched to the full by South Africa when they had to chase down just 119.

The Dubai pitches do assist strokeplay a little bit more than those in Abu Dhabi and Sharjah.

The dew too becomes a factor in night matches, which should bring about some relief for the under-pressure Australian batting line-up.

That said, the perennial slowness of the pitches in the UAE is an aspect which the Sri Lankan spinners would look to exploit. Sri Lanka’s main spinner, Wanindu Hasaranga, didn’t have a great game versus Bangladesh, but given Australia’s problems against disciplined spin bowling, he will surely feel a little more optimistic going into the game.

Besides, Australia openers David Warner and captain Aaron Finch are both short of runs, which gives the Sri Lankans a fair opportunity to make it more difficult for the duo and prolong their lean patch.

Also, Mitchell Starc limping off from the training session at the ICC Academy on Tuesday is another cause for concern for Australia. If Starc fails to make the cut for the XI, Finch and head coach Justin Langer will have a tough task of chalking out an ideal XI for Thursday’s game with proper assessment of the conditions.

Since the UAE leg of this year’s IPL, Josh Hazlewood has been one of the most consistent bowlers and his impressive showing played a crucial part even during Australia’s narrow win over the Proteas. Focusing largely on the Test matches has yielded positive results for Hazlewood, whose performance will again be a determining factor for his team against the Sri Lankans.

“Josh has been huge for us over the last 12-19 months in white-ball cricket,” said wicketkeeper-batsman Matthew Wade. “I think he got pigeon holed as a Test bowler because he wasn’t exposed much (in limited-overs cricket) early in his career.

“But now you’ve seen him play a lot more white-ball cricket and you work out how good a bowler he is.

“His Powerplay stuff has been outstanding. More importantly, what’s underrated is how he bowls at the back end. He’s one of those guys that you love to jump on the back of,” Wade emphasised.

Missing the Bangladesh game owing to a back injury, mystery spinner Maheesh Theekshana could be unleashed by Sri Lanka on Thursday.

Not just traditional off-spin, but Theekshana can bowl the googly as well as the carrom ball with his special delivery being the one where the ball is flicked out between the thumb and the bent middle finger.

“If you haven’t seen Maheesh, he certainly poses some questions,” Sri Lanka head coach Mickey Arthur said. “He has a couple of different balls that do make you quite hesitant if you can’t pick them.”