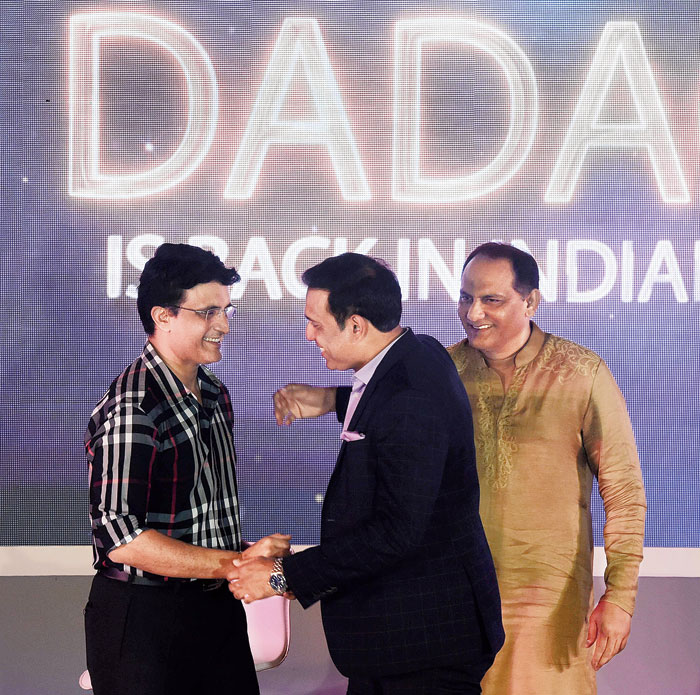 Sourav Ganguly, the newly elected president of the Board of Control for Cricket in India (BCCI), said that Team India captain Virat Kohli was open to the idea of playing Day-Night Tests.

The former India captain thus confirmed Friday’s report in The Telegraph which said that he had requested Virat to play D-N Test matches when the two met at the Cricket Centre in Mumbai on Thursday.

“I am a firm believer in D-N Tests. Kohli is agreeable to it. I see a lot of reports in newspapers that he is not, but that is not true. The game needs to go forward and that is the way forward.

“People should finish work and come to watch champions play. I don’t know when that will happen, but it will,” Sourav said during a felicitation by the Cricket Association of Bengal at Eden Gardens.

“We all are thinking about this and we will do something about it… Till the time I am around, I will be pushing for it,”

India will play a two-Test series against Bangladesh in November and the next home series is unlikely to be during Sourav’s tenure, which ends in July next.

Since the series versus Bangladesh is part of the World Test Championship, Virat is unwilling to take the risk of playing a D-N Test during the forthcoming series.

India’s next Test series is in New Zealand.

Sourav has always been a big advocate of D-N matches. As technical committee chairman, he decided to hold Duleep Trophy under lights with the pink ball. However, there were complaints about the quality of the SG Test pink balls.

Mohammed Azharuddin, who was present at the function, also supported Sourav’s bid to hold D-N Tests.

“It is good if the captain is agreeable to it. It is a good experiment.

“You will get to know if public will like it or not. It should be implemented,” the former India captain, who is now Hyderabad Cricket Association president, said.

On Wednesday, Sourav had told this newspaper: “Personally, I am very much interested in D-N Tests… How can you continue with empty stands… I hope the D-N Tests are a solution to bringing the crowd back to the stadium. You don’t know till you try.”

It was also learnt that Virat’s suggestion of holding Test matches at five permanent venues across the country also came up for discussion at Thursday’s meeting.

“Sourav told Virat that he is open to his idea and would consider it.

“But he has to take the consent of the general body members before arriving at such a decision,” a source said.

Just like the traditional Boxing Day Test at Melbourne Cricket Ground or a New Year Test in Sydney, India had a similar tradition called the Pongal Test, which was played in Chennai during the second week of January.

“Virat has requested the BCCI chief to revive such traditions for the sake of the sport,” the source added.