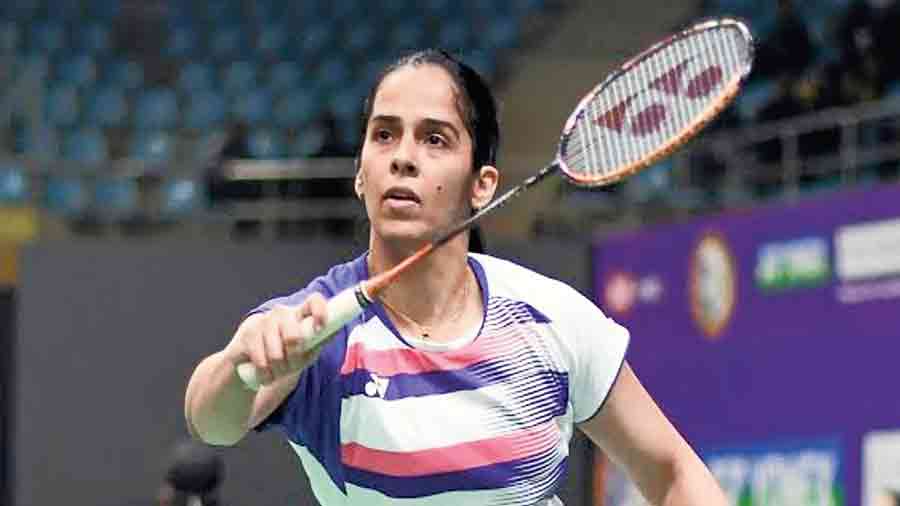 Two-time Commonwealth Games gold medallist Saina Nehwal on Thursday questioned the timing of the selection trials and slammed the Badminton Association of India (BAI) for “putting” her out of the two mega sporting events later this year.

The governing body had called for selection trials on April 2 to pick the Indian team for big-ticket events including the Commonwealth Games in Birmingham, the Asian Games in Hangzhou and Thomas Cup and Uber Cup in Bangkok from May 8 to 15.

Saina, a former world No. 1, said she had informed BAI about her decision to skip the trials which begins at the IG stadium on Friday. But it did not mean that she was not eager to participate at the major events including the Commonwealth Games and Asian Games.

“Surprised to see all the articles stating that I don’t want to defend my CWG title and my Asiad medal.

“I’m just not participating in the trials because I just got back from three weeks of Europe events and according to the schedule there’s Asian Championships,” Saina tweeted.

“In two weeks time, as a senior player to participate in back to back events nonstop is impossible and it’s risking injuries, such short notice is not possible.

“I’ve conveyed this to BAI but there has been no response from them. It seems like they’re happy to put me out of CWG n Asiad.”

BAI has exempted players inside the top 15 in the BWF rankings from trials but said shuttlers ranked between 16 to 50 in the latest world rankings, released on March 29, will have to participate in the trials to be selected for the team.

Saina, 32, however, questioned the logic of having trials at this juncture.

“I wish we had better understanding about how to manage a schedule and not announce events with 10 days notice.

“I’m world No. 23 currently and I almost beat world No.1 Akane in All England. One loss at India Open and BAI tries to pull me down. Shocking.”

Saina, a London Olympics bronze medallist, had participated at the German Open (March 8-13), All England Championships (March 16-20) and Swiss Open (March 22-27) before pulling out of the Korean Open (April 5-10).

Saina has been battling injuries and poor form for the past couple of years, which saw see her ranking slip to 23rd but she did show signs of returning to form when she played a three-game match against Akane Yamaguchi at this year’s All England Championships.

Among the current crop of women’s singles players, Malvika Bansod, Aakarshi Kashyap, Ashmita Chaliha and Anupama Upadhyaya have been in good form but none of them have beaten top international stars on the world stage.

Saina had returned to the circuit after recovering from a groin and knee injury this year but she didn’t have the desired results as her India Open campaign ended in the second round.

After the gap of a few weeks, she played three events last month where she failed to cross the second round.