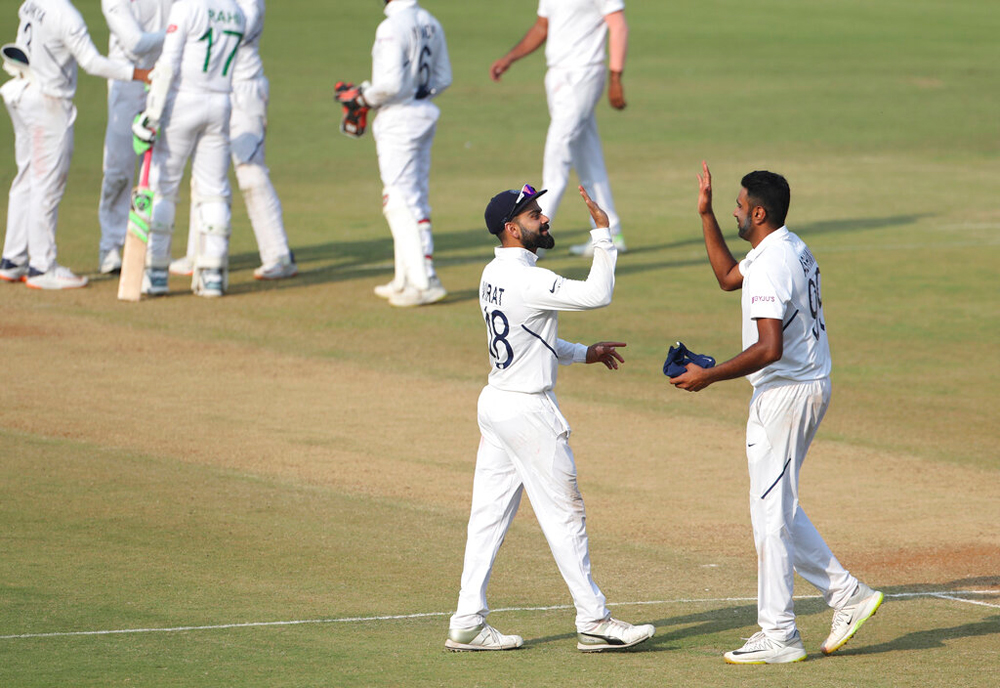 Virat Kohli celebrates with Ravichandran Ashwin after India's win on the third day of first Test against Bangladesh in Indore on Saturday
(AP photo)
AP   |   Indore   |   Published 16.11.19, 10:49 AM

Mohammed Shami and Ravichandran Ashwin led the way as India crushed Bangladesh by an innings and 130 runs on the third day of the first Test on Saturday.

Bangladesh, which was dismissed for 150 in its first innings, was bowled out for 213 in its second after tea.

Mushfiqur Rahim made a gritty 64 before he fell to off-spinner Ashwin.

Earlier, India declared on its overnight score of 493-6.