Series for South Africa , another feather in Mithali cap 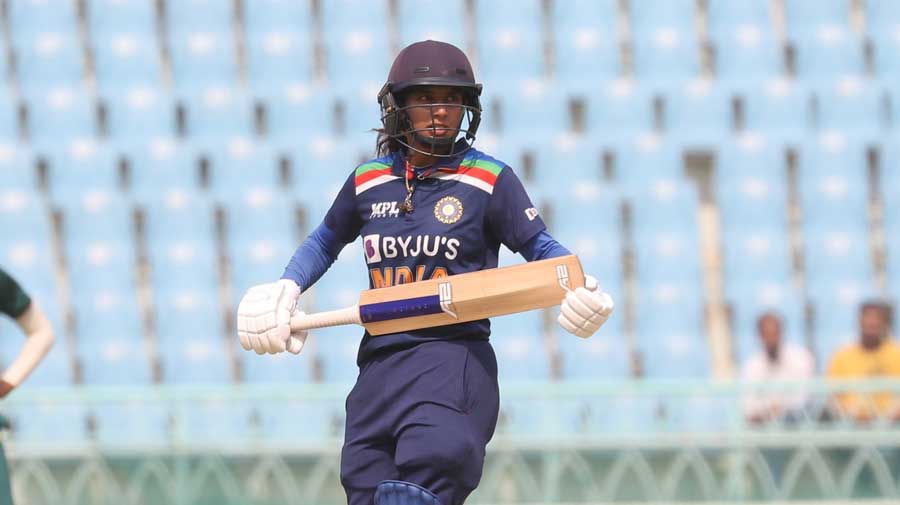 The top-order batswomen of South Africa women’s team fired in unison to help the side clinch the five-match series against India with a seven-wicket victory in the fourth ODI here on Sunday.

A poor squad selection by new committee under Neetu David cost India dear as the hosts paid the price for ignoring Shafali Verma’s flair in batting and Shikha Pandey’s experience in bowling.

Captain Mithali Raj added another feather to her cap by becoming the first player to complete 7,000 runs in women’s ODI cricket. “Magnificent Mithali! #TeamIndia ODI skipper becomes the first woman cricketer to score 7000 ODI runs. What a performer she has been!” the BCCI tweeted.

South Africa’s opening duo Lee and skipper Wolvaardt put on 116 runs in 23 overs until Harmanpreet Kaur had the dangerous Lee trapped in front of the wicket for a 75-ball 69. Joined by Goodall, Wolvaardt got out shortly after reaching her half century. Goodall got a life when Sushma Verma missed a stumping and in the next delivery. Thereafter, Goodall and Du Preez brought the equation to 61 runs in the last 10 overs.