Semi Ajayi heads in a point for West Brom

The result left Liverpool on 32 points from 15 games, three ahead of second-placed Everton 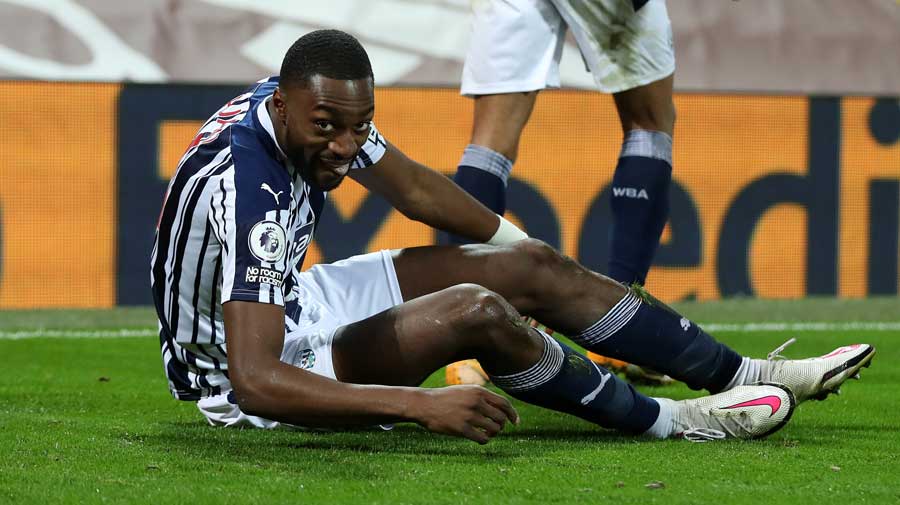 A late header by Semi Ajayi earned struggling West Bromwich Albion a surprise 1-1 Premier League draw at champions and leaders Liverpool on Sunday as the defender cancelled out Sadio Mane’s early opener for the home side.

The result left Liverpool on 32 points from 15 games, three ahead of second-placed Everton. West Bromwich stayed 19th on eight points but their spirited fightback will have given new boss Sam Allardyce plenty to cheer about.

Liverpool laid siege to the Baggies from the off and it was no surprise that Mane netted in the 12th minute when he chested down a deep Joel Matip pass and swept the ball past goalkeeper Sam Johnstone from 10 metres.

West Brom came out with more purpose after the break and Karlan Grant had a sitter saved by Liverpool keeper Alisson Becker before Nigerian centre back Ajayi struck in the 82nd minute against the subdued hosts.

Liverpool conceded a sloppy corner and were punished as Matheus Pereira floated in a delightful cross from the right and Ajayi rose above Fabinho to send a looping header into the back of the net off the post.

Earlier, a fifth-minute penalty from Patrick Bamford was enough to give Leeds United a 1-0 win over Burnley at Elland Road, but Sean Dyche’s side were left furious after an Ashley Barnes effort was ruled out.

Bamford drilled home the early spot kick after referee Robert Jones ruled that Burnley keeper Nick Pope had brought down the Leeds forward. It was the Leeds man’s 10th league goal of the season.