Thr T20 captain, along with seven others, will compete in the Women's Big Bash League 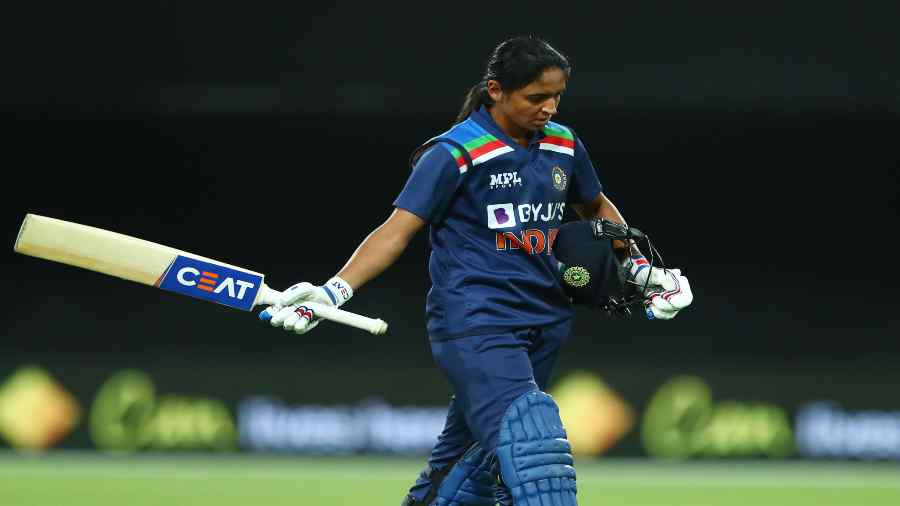 Indian women's T20 captain Harmanpreet Kaur says that Richa Ghosh and Puja Vastrakar's performance is a big positive for India from the multi-format series which they lost 5-11 to a dominant Australia.

India lost both WODI and WT20I series 1-2 and 0-2 respectively while one T20 game was washed out.

"The result wasn't in our favour but we have good players like Pooja Vastrakar and Richa Ghosh. So we can take a lot of positives and we are on the right track. Thanks to our support staff, they really stood for us," the captain said at the post-match presentation ceremony.

Harmanpreet, along with seven others, will compete in the Women's Big Bash League and the Indian skipper termed it as a good opportunity for all the players.

"I'm very excited (for WBBL). It's a great opportunity for us to grow as a team. If we can play more matches before international series, it will help us."

Southern Stars captain Lanning said, "We knew India would come back hard. It's been a great series, both sides have had momentum. India have really tested us and given us a great challenge."

Player of the match and series, Tahlia McGrath said, "It's been unreal to be part of, loving wearing the Aussie shirt again. I haven't played T20 at this level before, but batting is batting. See ball, hit ball."

How the 3rd T20I panned out

The Indian women's team committed batting harakiri despite a fine half century from opener Smriti Mandhana to lose the third and final T20 International by 14 runs as Australia clinched the multi-format series by 11-5 margin.

Australia won four of the six white ball games (three WODIs and three WT20Is) which paved way for an easy series win with Indians playing well only in patches.

Chasing a challenging 150-run target, Mandhana smashed 52 off 49 balls and shared 57 runs with Jemimah Rodrigues (23 off 26) for the second wicket to set the platform for India before the visitors lost four wickets in a span of 10 runs to lose the plot.