He spoke about the futility of complaining about pitches, highlighting instead the need to play “good cricket” 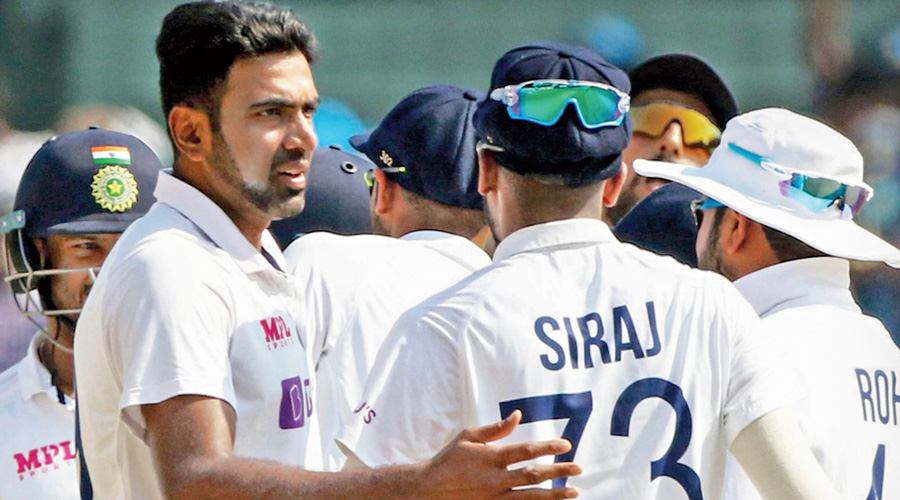 Ravichandran Ashwin is not against opinions, accepting that everyone would have one, but he thinks individuals should be able to “magnanimously” shrug them off even while not disrespecting them.

Ashwin, who was adjudged the Man of the Match in the second India-England Test, also spoke about the futility of complaining about pitches, highlighting instead the need to play “good cricket”.

“Look, it’s us who are getting bothered by all this. Whoever is giving opinions is totally well within his right to give any opinion.

“We must just hold pride in saying how we’re playing good cricket. And Test matches are won over a period of time, you play a lot of overs and you win a Test match,” Ashwin said during a virtual media conference after India’s handsome win in the Test.

“When people give their opinions, I’m completely fine with them doing so because we’ll also have ours reserved when we tour abroad. But we don’t complain or crib and we just get on with it.

“I’ve never seen any of our greats — be it Ravi Shastri or Sunil Gavaskar, who have both been on a lot of tours — talk about pitches having a lot of grass.”

Producing a dream performance at his home ground, Ashwin owed it to the “reassurance” he got from batting coach Vikram Rathour. “During the lockdown, I also practised a lot at home — hitting balls against the wall, sweeping, footwork and everything.

“All put together, it was an outburst of emotions when I reached the hundred,” he said while speaking of his celebration post his fifth Test century.

Ashwin foxed Ben Stokes, one of England’s premier players, in both innings of the second Test. Does he fancy a comeback in India’s white-ball teams? “... Every time I have gone on to play the IPL, I’ve put in an earnest attempt and contributed in whatever way I can,” was all that he said.

Ashwin also appealed to Indian fans and pundits to be more patient with their young talents, someone like a Rishabh Pant for example.

“Only if we back them in such a way that we want them to improve, they will improve faster,” Ashwin said, citing the example of Australia’s Cameron Green who had been billed as the “Next Big Thing” even before he had played a single Test. Green scored a modest 236 runs in the four Tests versus India and couldn’t bag a single wicket.