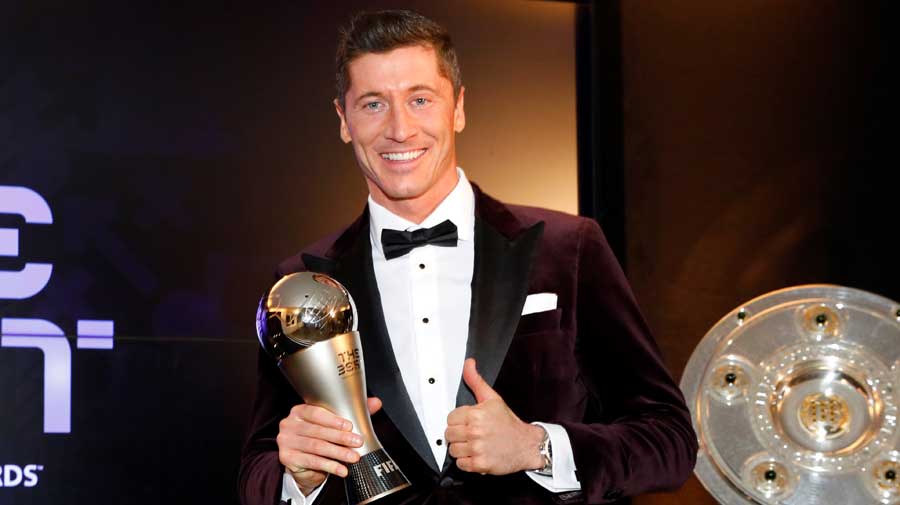 Lewandowski, who won the German league and Cup double as well as the Champions League with Bayern, finished as top scorer in all three competitions and won the award for the first time.

“To win such an award and share this title with (previous winners) Messi and Ronaldo, is unbelievable and means so much to me,” Lewandowski said. “I am very proud and happy. This is a great day for me, and also for my club and colleagues.

“This award also belongs to my colleagues, the coach and Bayern in general. It is an incredible feeling, a lot of emotions.”

Manchester United striker Marcus Rashford has been bestowed with the Fifa Foundation award in recognition of his inspirational charity work to combat child poverty and pressure the British government into providing free meals.

The evening began with Rashford — in a pre-recorded segment — receiving the accolade. “It will have a knock-on effect,” Rashford said, “because things will start to happen in other countries as well.”