Tottenham, who conceded a 97th-minute equaliser against Newcastle earlier in the season, move up to fifth 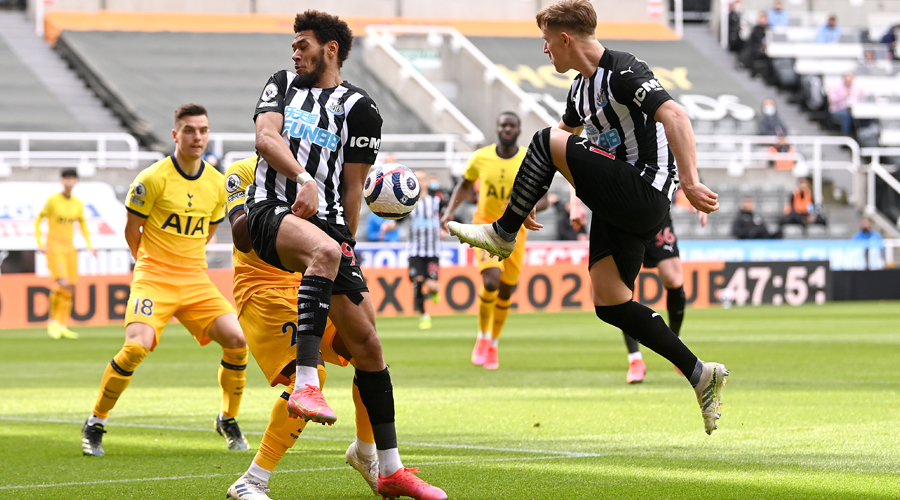 Newcastle earned an important point in their fight for Premier League survival, thanks to a late equaliser against Tottenham Hotspur from on-loan Arsenal midfielder Joe Willock, at St James’ Park.

The 21-year-old reacted quickest, after Miguel Almiron’s effort was cleared off the line, to fire into the roof of the net and deny Spurs a place in the top four for the first time since January 2.

Newcastle took the lead when Joelinton slotted home a lovely threaded pass from Sean Longstaff after Spurs were guilty of overplaying at the back.

Jose Mourinho’s side responded within 90 seconds as the hosts when Harry Kane prodded home for his 18th goal of the campaign.

Four minutes later Kane, fed by a brilliant reverse pass from Tanguy Ndombele, clinically fired across Martin Dubravka from the right-hand corner of the penalty area.

Tottenham, who conceded a 97th-minute equaliser against Newcastle earlier in the season, move up to fifth.

Speculation about Kane’s future at Tottenham was rife during the international break, with reports suggesting he is becoming disillusioned at the fact he is yet to win a trophy at Spurs. Those rumours intensified when he was mentioned as a possible replacement for Sergio Aguero at Manchester City.

Kane, however, has done his talking on the pitch. He scored in both appearances for England and was once again in deadly form as he moved level with former Spurs striker Jermain Defoe in eighth place on the all-time Premier League goalscoring charts with 162.

Liverpool manager Juergen Klopp said Trent Alexander-Arnold “showed his class” during the 3-0 victory over Arsenal on Saturday, a day after admitting his surprise at the right back’s recent omission from the England squad.

Alexander-Arnold produced the sort of enterprising display that elevated him into Gareth Southgate’s team, creating the first goal for Diogo Jota and having a hand in the Portuguese striker’s second late on. “We scored these wonderful goals and Trent Alexander-Arnold showed his class, again,” Klopp said.