Movie on self belief did the trick, says coach Sjoerd Marijne

"If you lose you don't stop believing and that's what I told the girls. The most important thing is to stay in the moment" 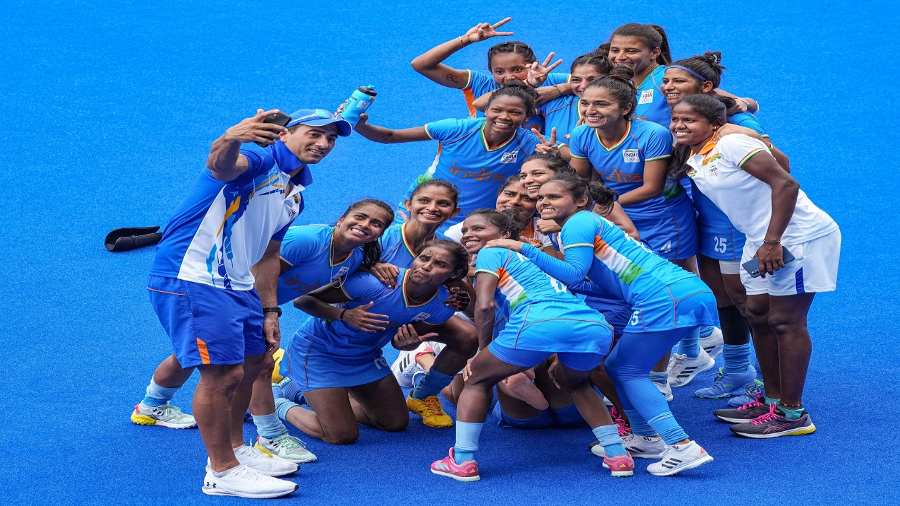 Watching a movie on self belief after three consecutive losses rebuilt the Indian women's hockey team's shattered morale and helped it to "aim for the clouds", the side's Dutch coach Sjoerd Marijne revealed on Monday after Rani Rampal and Co. entered their maiden Olympic semifinals.

The Indian team bounced back tremendously in the tournament after successive losses and Marijne said the movie helped psychologically ahead of the must-win pool game against Ireland but did not reveal its name.

"The difference is believing in ourselves and believing in their dreams and then it's about going back to reality focussing on your past. I think that is the main thing and that's what we did," Marijne said after upsetting world no.2 Australia in the quarterfinals here.

"If you lose you don't stop believing and that's what I told the girls. The most important thing is to stay in the moment. I showed them a movie and that movie is about being in the moment and I think that was really helpful. Against Ireland we kept on referring to that movie," he said.

Marijne, however refused to divulge the name of the movie, stating, "It's mentioned in my book which I have written about my experiences in India during the lockdown."

He said all he asked the team to do was to aim for the highest.

"We went for the clouds and I said whatever happens after it doesn't matter, but that's where we have to aim for." India captain Rani Rampal too credited the movie for the turnaround of fortunes.

"I think that movie really helped us. That movie gave us the boost to be in the present moment. Just think about what is in front of you, don't think about past. Today the coaches said just focus on the 60 minutes, just do your job for 60 minutes," she said.

The coach said he is a proud man as this achievement holds great significance for women's hockey in India.

"This is our thing and I am there to help, and a medal helps in these things," the 45-year-old Dutchman said.

"And I now think that a lot of girls in India will be inspired; OK, I also want this, I also want to let my dream come true. And that is something bigger than anything."

Marijne couldn't hide his emotions and credited the hard work of the players for this feat. "In the last four-and-a-half years we have had so many disappointments about working hard but not getting to the next round or losing matches. And every time dealing with losing and it's very tough for the girls, and they come from very difficult circumstances.

"And that they have now achieved this. Yeah, that (pride) is one of the emotions what goes through my body," he said.

Skipper Rani also credited their hard work in the last five years for the remarkable turnaround after 2016 Rio Olympics, where they finished last. "Rio was not really a good experience for us. We don't want to think about Rio because it gives us unhappy moments. But after that in the last 5 years we have worked so hard and the coaches also played a big role in this journey,' she said.

"They always told us just stick to the plans and just play your game and keep believing in yourself. Fitness wise we weren't upto the mark in Rio. Our journey was not easy." The skipper was full of praise for the side's back-line which withstood tremendous pressure from three-time Olympic champions Australia to eke out the narrow 1-0 win.

"In the half time we were 1-0 up and we just said to each other just keep playing our hockey but also we need to better our defence. It is not easy to defend one goal, we really defended well in the last three quarters. I am really proud of the team."