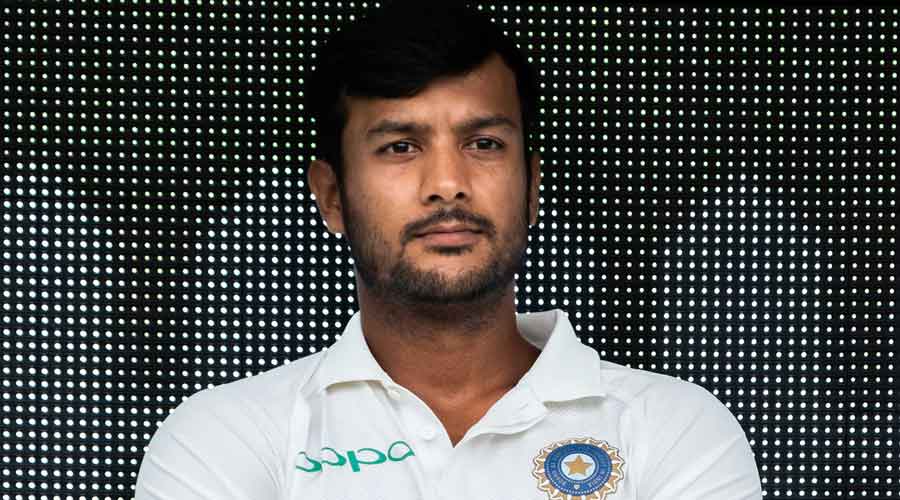 Opener Mayank Agarwal has been ruled out of India’s opening Test against England in Nottingham that begins on Wednesday.

Mayank was hit on the helmet while batting during India’s nets session at Trent Bridge on Monday, vice-captain Ajinkya Rahane said. According to a BCCI release, Mayank had shown signs of concussion after he was assessed by the medical team and then ruled out of the first Test.

KL Rahul is likely to open alongside Rohit Sharma. Intent is one aspect that has always been a tricky issue for the Indian team, especially after captain Virat Kohli’s strong words when India lost to New Zealand in the World Test Championship final in June.

Rahane, however, said that each batsman would follow his own approach as long as communication from the team management is clear. “Obviously, we sat together and discussed about our batting plans, but in England, it’s challenging conditions for a batsman. Everyone has different plans and everyone needs to back his own methods,” Rahane said.

“Communication is key for the batting unit, but individually, I feel everyone should back their own methods because conditions change quickly over here in 15-20 minutes sometimes. It’s about getting used to conditions quickly and as a batting unit, we’re ready.”

India are well aware of being greeted with green top in the five-Test series, but that doesn’t seem to be bothering them much, Rahane stated. “We expect England to give us such kind of wickets as these are their home conditions, and we are not going to think too much about it.

“Winning each and every moment in Test cricket is what’s really important. So we are not really worried about the kind of wickets that’ll be given to us,” he said.