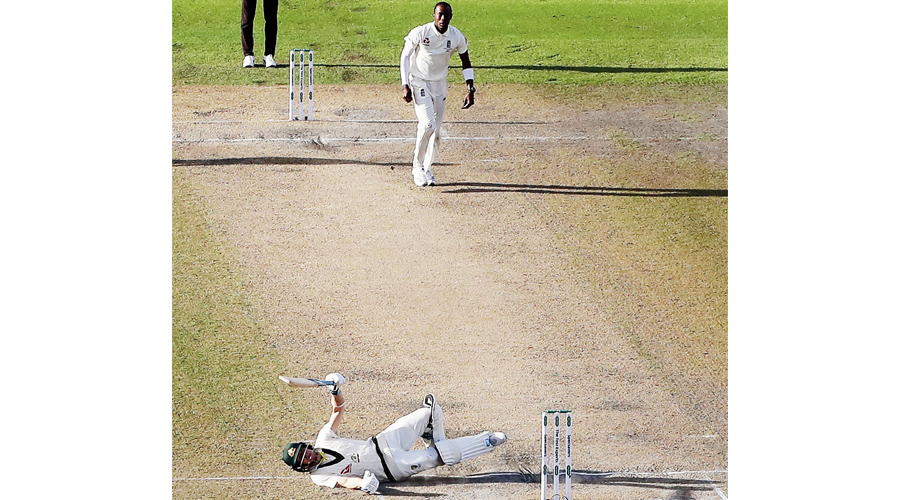 The Marylebone Cricket Club, which is based at Lord’s and is responsible for drawing up the rules of the game, is examining whether more can be done to protect batsmen from bouncers — without completely emasculating fast bowlers.

The MCC was asked by The Telegraph to comment on a report in the Mail on Sunday by Richard Gibson, one of its cricket correspondents, which posed the question: “Is it the end for the bouncer?”

“Cricket chiefs probe risks of serious injury to batsmen as they launch a consultation into whether bowlers should continue to be allowed to use short deliveries,” the headline summed up, adding, “The MCC has opened a consultation on whether the bouncer is still feasible.”

“It comes at a time of growing litigation for serious injury in other global sports,” it went on, but also pointing out, “The bouncer is an integral part of fast bowling that offers fans thrilling viewing.”

The report explained why the MCC had undertaken its review on the use of bouncers: “Fears of cricket authorities being sued in instances of serious injury are partly behind a review of the use of the bouncer across all levels of the game.

“The MCC, the guardians of the sport’s laws, have embarked on a consultation process to discuss the short-pitched delivery and whether its permitted use should continue under its current guidelines — at a time when football and rugby face multi-million pound litigation from concussion victims.

“Although cases of concussion tend to be on a lower scale than for contact sports, cricket has nevertheless worked hard over recent years in its duty of care to players in this area — with compulsory checks following strikes to the head, decisions on whether it is safe to continue solely in the hands of medics and concussion substitutes permitted in all professional matches under the jurisdiction of the ECB.”

The MCC’s review comes, ironically, at a time when India has probably the most lethal fast bowling unit in its history led by the likes of Jasprit Bumrah.

The Mail’s report is illustrated by two photographs — “Indian batsman Washington Sundar takes evasive action in a Test against Australia” and “Steve Smith is floored after being hit on the head by Jofra Archer in the 2019 Ashes”.

The report mentions that “the quality of helmets has improved considerably, including the uniform wearing of neck protection, in the aftermath of the death of the Australian batsman Phillip Hughes, who was struck by a short ball in 2014”.

Asked by The Telegraph to comment on whether the Mail story was correct, a spokesman for the MCC did not deny its authenticity but responded with a carefully worded statement.

Its spokesman said: “As Guardian of the Laws of the game, it is Marylebone Cricket Club’s duty to ensure that the Laws are applied in a safe manner, a viewpoint consistent across all sports. With research into concussion in sport having increased significantly in recent years, it is appropriate that MCC continues to monitor the Laws on short-pitched bowling, as it does with all other Laws.

“The Laws permit bouncers up to head height. Anything above head height is a no-ball under the Laws. Any changes to the Law would have to pass through the MCC Laws sub-committee, and be ratified by MCC cricket committee, with the ultimate decision resting with MCC’s main committee if and when one is made. This would include changes to the Law that were specific to particular sectors of the game. Whilst safety is of course a major factor, there are also other important aspects to consider, such as the balance between bat and ball.”