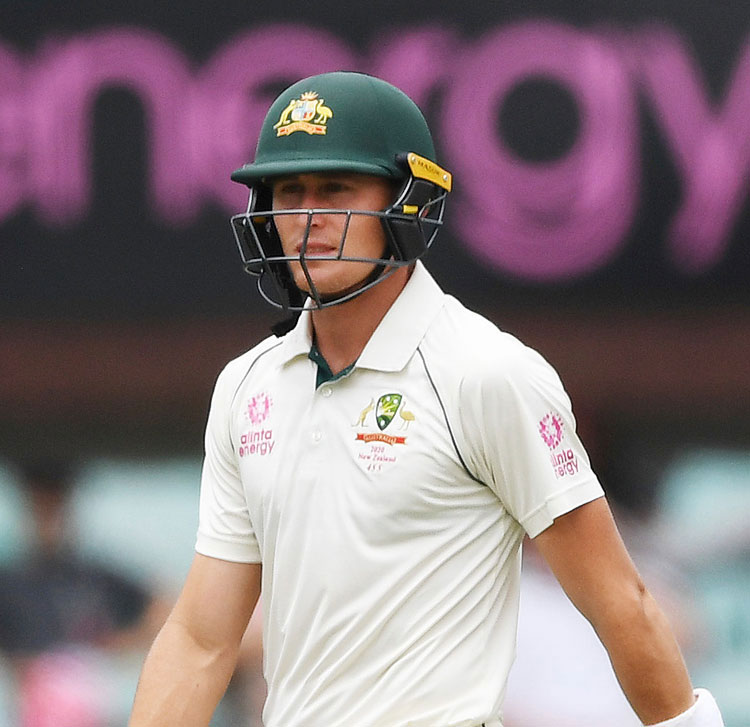 In Sydney in connection with Sunday’s charity fundraiser for the bushfire victims, Sachin was asked to name the player who he thinks comes closest to resembling him at his prime.

“I happened to be watching the second Test match at Lord’s between England and Australia. When Steve Smith got injured, I saw Labuschagne’s second innings,” he responded. “I was sitting with my father-in-law. I saw Marnus get hit off the second ball from Jofra Archer and, post that, the 15 minutes he batted, I said, ‘this player looks special’.”

“There is something about him. His footwork was precise. Footwork is not physical, it’s mental. If you’re not thinking positively in your mind, then your feet don’t move,” he added.

The 25-year-old Labuschagne became Test cricket’s leading run-scorer last year with 1,104 runs. He broke into the scene after coming in as a concussion substitute for Smith during the Ashes last August.

Grabbing his chance with both hands, Labuschagne made four consecutive half-centuries to notch up with 353 runs at 50.42 in the Ashes.

Sachin said Labuschagne’s fine footwork is also a sign that he is a mentally strong player. “...because if you’re not, your feet will not move. His footwork was incredible,” he said.

Tendulkar, however, refused to be drawn into the Virat Kohli versus Steve Smith debate.

“I don’t like getting into comparisons. People have tried comparing me to a number of guys and I’ve said, ‘just leave us alone’,” said Sachin. “Let’s not get into comparisons and let us enjoy what both those individuals are doing. They are entertaining the entire cricketing world and it’s a joy for us to watch,” he said.

Sachin, who will coach the Ricky Ponting XI during Sunday’s charity fundraiser at the Junction Oval, said the moment he got a call from Brett Lee, it was “no-brainer” that he wanted to join the project.

“I received a message from Brett Lee. Brett said that Kevin (Roberts, Cricket Australia’s chief executive) would like to be in touch with you. It was a no-brainer. From the moment I was asked, I said, ‘yes I’m more than happy to come here’,” Sachin said.

The batting legend described the devastating bushfires as “catastrophic” and hoped to do his bit for the people of Australia. “This is an alarming situation, it’s catastrophic — that’s an understatement. You see the number of lives it has affected, not only humans but also wildlife, which sometimes people don’t talk about. That is equally important,” Sachin said.