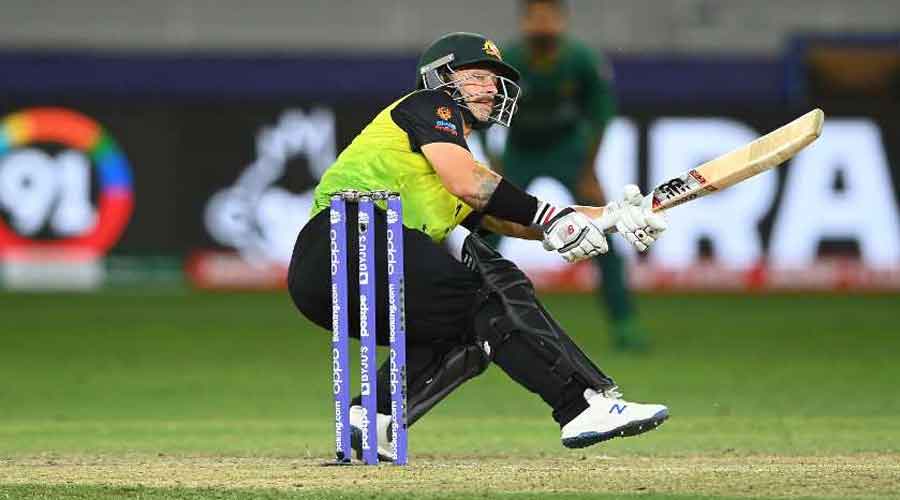 Matthew Wade’s three sixes in the penultimate over from Shaheen Shah Afridi sealed Pakistan’s fate on Thursday. The lef-handed wicketkeeper-batsman was elated after guiding Australia to the final with his 41 not out off 17 balls.

“Talking to Marcus Stoinis at the other end, we discussed what the bowlers were looking to do. (Shaheen) probably bowled more pace-on than I expected. When I got out there with Marcus, he was really confident we’d get them (remaining runs),” Man of the Match Wade said.

Pakistan captain Babar Azam blamed their bowling for the semi-final loss. “The way we started in the first half, we got the total we targeted. But we gave them too much of a chance at the end. If we had taken that catch (Hasan Ali dropping Wade), it might have made the difference,” he said.

“But the way we played this tournament, the way we gelled, I’m very satisfied as a captain. If we’ve played so well in a tournament, we’ll gain confidence, and we’ll continue to try and play this way.”