BRIEFS: Leicester can kick on from a confidence-boosting 4-0 thrashing of Aston Villa 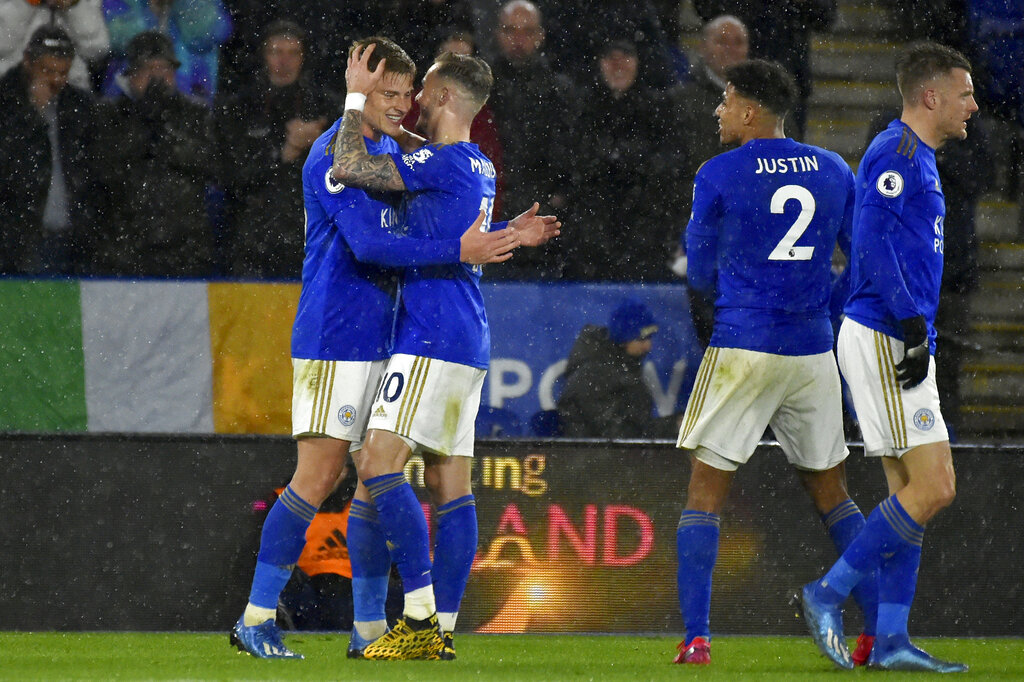 Brendan Rodgers hopes Leicester can kick on from a confidence-boosting 4-0 thrashing of Aston Villa, thanks to doubles from Harvey Barnes and Jamie Vardy, and secure a place in next season’s Champions League. The Foxes had won just one of their previous seven Premier League games, but remain in third and restored an eight-point advantage over fifth-placed Manchester United in the battle for a top-four finish.

Vikas Krishan (69kg) and Simranjit Kaur (60kg) advanced to the finals with impressive victories but MC Mary Kom (51kg) and Amit Panghal (52kg) signed off with bronze medals at the Asian Olympic Qualifiers here on Tuesday. Also ending with bronze medals were Lovlina Borgohain (69kg), Pooja Rani (75kg) and Ashish Kumar (75kg). All the seven boxers have already secured their tickets to the Olympics by making the semi-finals.

Egyptian grandfather Ezzeldin Bahader took a big step towards becoming the world’s oldest professional soccer player by making his debut at the age of 75 over the weekend and celebrated the occasion by scoring a goal. Striker Bahader made light of a knee injury and completed the full 90 minutes as his Egyptian third-tier club October 6 drew 1-1 with rivals Genius on Saturday.

South Africa must do anything to win the T20 World Cup, including exploring the option of bringing back the great AB de Villiers from retirement, former player Jonty Rhodes has suggested. “I’m a big fan of AB de Villiers. I’m just not sure of the precedent. If you want to win a T20 World Cup, you should do anything to win it,” Rhodes was quoted as saying by a cricket-specific website.

Chinese football clubs and national teams must undertake “spring military training” to defeat the coronavirus and help fulfil President Xi Jinping’s dream of making the country a force in the sport, officials said. Matches in China are indefinitely suspended over the outbreak but the football association has issued detailed orders, telling clubs how long players must train each week, what exercises they must do and even how slim they must be.

The owner of Greek league leaders Olympiakos on Tuesday said he had coronavirus, two days before a Europa League clash with Wolves that is to be held behind closed doors. Vangelis Marinakis, who is also the owner of English second-tier club Nottingham Forest, said he was taking “all necessary measures” and “feeling well”.

Spain’s La Liga confirmed on Tuesday that first and second division football matches will be staged behind closed doors for at least two weeks due to the coronavirus outbreak.

Germany’s fiercest football rivalry between Borussia Dortmund and Schalke 04 will be played out in front of empty stands on Saturday after the Bundesliga became the latest league to ban spectators following the deadly coronavirus outbreak.