Jose Mourinho is a world-class manager with a specific mindset: Juergen Klopp 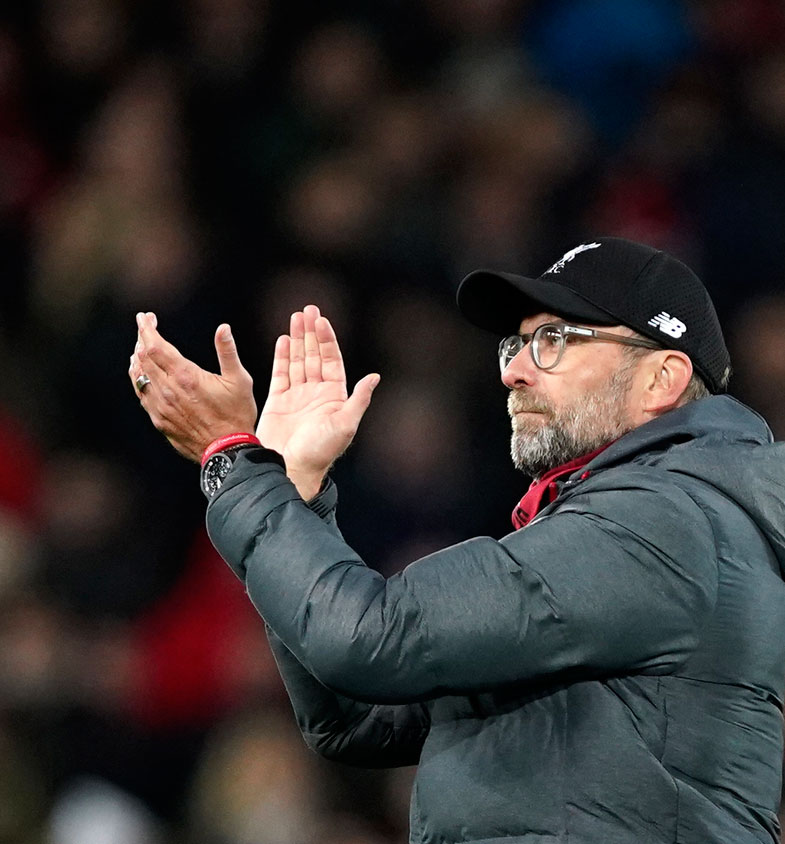 Liverpool manager Juergen Klopp believes Jose Mourinho remains a world-class coach and a threat to his side’s unbeaten Premier League record when the European champions travel to Tottenham on Saturday.

A massive 28-point gap separates the sides that contested the Champions League final just seven months ago with Liverpool running away with the title, while sixth-placed Spurs’ ambition is just to make it back into the top four.

Mourinho’s honeymoon period in north London is over after a run of just two wins in Tottenham’s last seven games, but he has consistently been a thorn in Liverpool’s side with Chelsea and Manchester United in the past.

“Jose Mourinho is a world-class manager with a specific mindset. I would say he wants to win with all he has. I respect that a lot,” said Klopp.

“That means each situation his team is in, he tries to use for his team.”

Klopp picked up his fourth Premier League manager of the month prize of the season Friday as reward for navigating a gruelling December schedule across four competitions without dropping a point.

Liverpool are 13 points clear with a game in hand over closest challengers Leicester and Manchester City as they seem destined to end a 30-year wait to win the league.

However, Trent Alexander-Arnold, who picked up the player of the month award, insists they cannot afford to get over-excited.

“We know we can’t get too excited and we know that nothing has been won yet. If we want to be a successful team then we have to keep going until the end,” said the England international.

Klopp confirmed that James Milner and Naby Keita will miss the trip to Tottenham due to muscle injuries. Fabinho and Dejan Lovren are also not ready to return, but could be fit for the visit of Manchester United next weekend.