Anderson, Broad give England the edge 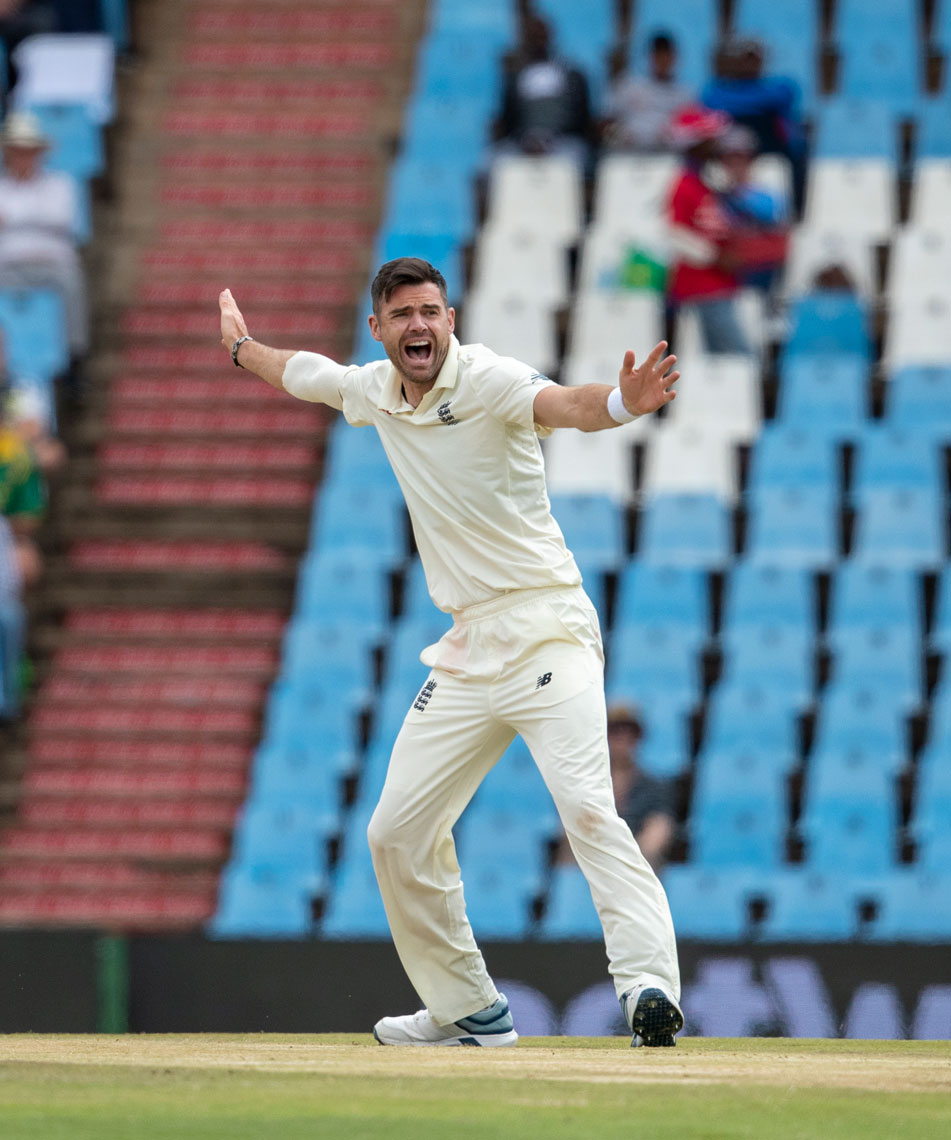 Stuart Broad and James Anderson led a relentless bowling performance as England gained what could prove a crucial advantage on the second day of the second Test against South Africa at Newlands on Saturday.

South Africa were 215 for eight at stumps, still 54 runs behind England’s first innings total of 269 on a dry pitch which is likely to get more difficult for batsmen later in the match.

More than half of South Africa’s runs came in a 117-run fourth wicket partnership between Dean Elgar (88) and Rassie van der Dussen (68). But Elgar and Van der Dussen were unable to dominate as England dried up the runs, with Elgar eventually falling to a lofted drive when he tried to lift the scoring rate. Anderson took three for 34, while Broad and Sam Curran took two wickets apiece.

Anderson took two wickets with the second new ball, bowling from the northern, Kelvin end. All the other wickets by the fast bowlers were taken from the southern, Wynberg end where they got bounce and some sideways movement.

Meanwhile, fast bowler Jofra Archer is aiming to be fit for the third and fourth Tests against South Africa after a second scan on his injured right elbow showed no serious damage.