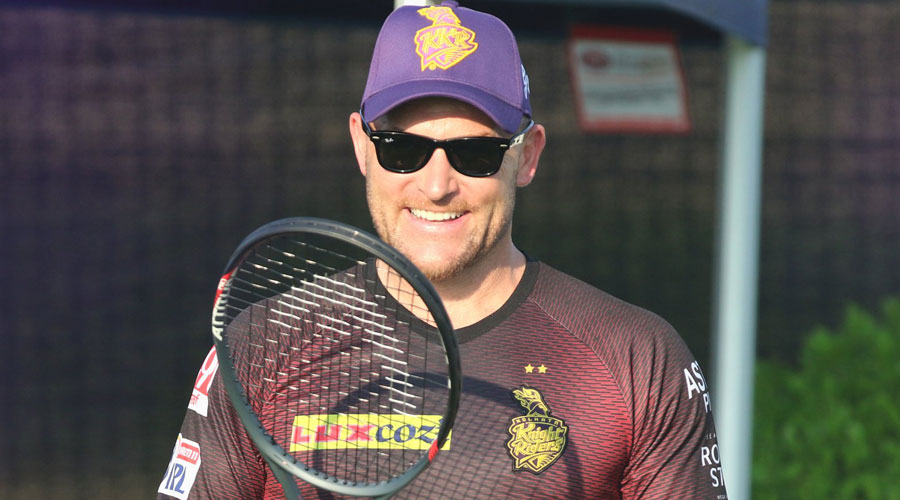 Kolkata Knight Riders have had a fragmented campaign in the IPL so far —  attaining new heights one day and then suddenly plumbing the depths with an insipid performance.

Consider their last match against RCB. Going into the game after two closely fought victories against Chennai Super Kings and Kings XI Punjab, KKR were supposed to blow RCB away. Instead, they crumbled when confronted with AB de Villiers’ master class.

Dinesh Karthik’s men will need to shed the memories of that match if they are to come out unscathed against Mumbai Indians in Abu Dhabi on Friday. Rohit Sharma’s men have proved to be their perennial threat, enjoying a 20-6 advantage, and the famed KKR bowling will have to show discipline to stop them.

The Mumbai Indians batsmen have raised their hands whenever the situation demanded and they will look to seal their fifth straight victory this season. KKR seems aware of this valiant threat.

“We’ve got to make amends for our first game of the season. This will be another chance to test us against the table toppers,” Pat Cummins said on Thursday.

KKR will look to restrict Rohit and Quinton de Kock, who have proved to be their trump card at the top of the order.

Cummins is aware of the threat posed by the top order and that he had conceded 49 runs in three overs in their previous meeting. It will be important for him to set the tone in the Powerplay overs.

“We had a chat about that. Hopefully we will do better than we did in the first game,” he said. “We as bowlers at different times in the past have done well and will concentrate on that.”

In the absence of Sunil Narine, who is expected to stay out since KKR don’t wish to risk him being called for a suspect action a second time, Varun Chakravarthy is proving to be handy. He is tough to score against, and given the slowness of the wicket, it wouldn’t be a surprise if Kuldeep Yadav is given another chance.

Cummins though played down the slowness of the wicket. “It will be different. There is no hint of swing. We are pretty used to it.”

It remains to be seen if KKR persist with Tom Banton as opener or give back Rahul Tripathi his favoured position. To be fair to Banton, opening is his forte since he has a strike-rate of more than 150 in that role.

Ultimately it could come down to a battle between Kieron Pollard and the Pandya brothers against Andre Russell. The pitches in the UAE have suited their style and could dictate the outcome given their flamboyance and power hitting.