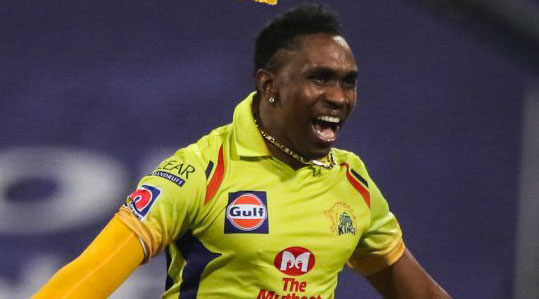 Chennai Super Kings all-rounder Dwayne Bravo has been ruled out of the ongoing IPL with a groin injury, dealing a massive blow to the already struggling side which has very slim chances of advancing to the play-offs.

The 37-year-old Bravo, an integral part of the Super Kings team for years now, couldn’t bowl the final over against Delhi Capitals in one of the matches in Sharjah last week.

Skipper Mahendra Singh Dhoni was forced to bowl Ravindra Jadeja in that final over, only for the left-arm spinner to be carted for three sixes.

“Dwayne Bravo is ruled out of the IPL due to a groin injury,” Super Kings CEO Kashi Viswanathan said.

Bravo, who played six games, has been provided a rehabilitation programme and is expected to recover in the next two to three weeks.