5 youngsters who have to shine bright in IPL

In the league galaxy full of superstars, we look at the promising 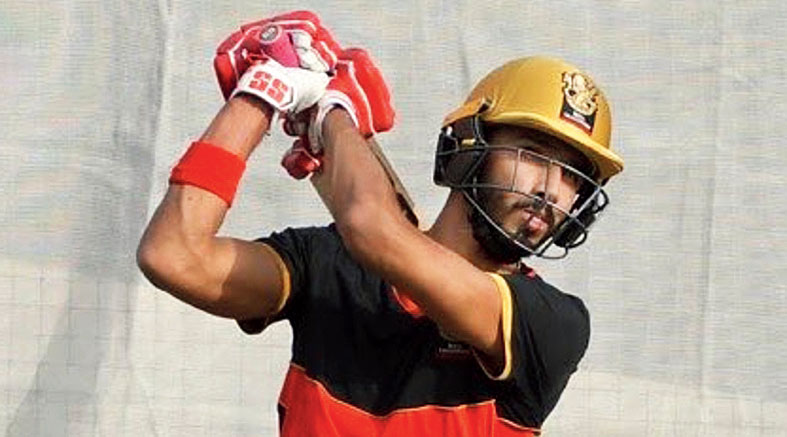 He has the numbers to speak for him. Padikkal, the 20-year-old left-handed top order batsman from Karnataka, finished as the top scorer in both the Vijay Hazare Trophy and Syed Mushtaq Ali Trophy last season. A tall frame who likes to drive and pull, Padikkal accumulated a total of 1838 runs from 33 matches across all formats last season. Simon Katich, who is a part of the RCB coaching set-up, has already said that Padikkal’s talent “excites” them. It’s up to the youngster now to impress us.

Ravi Bishnoi
Sourced by the correspondent

Another 20-year-old who is rated highly by experts. His exploits for the India U-19 team at the World Cup earlier this year was breathtaking — 17 wickets in 6 matches. He was almost unplayable. Will he get a chance to play in this IPL? Well, with Anil Kumble as the head coach of KXIP, wrist-spinner Bishnoi will surely get the right tips to present his case. The wickets in the UAE will suit the spinners and that should help Bishnoi, who is armed with a subtle googly. That he is a good fielder as well is an added advantage.

You may not have heard about him much, but this left-arm spinner could be the dark horse in IPL 2020. Sai Kishore is a no-nonsense bowler and is mighty efficient in his job — he picked up 20 wickets at an economy rate of 4.63 for Tamil Nadu in last season’s Syed Mushtaq Ali Trophy, he was the leading wicket-taker as well. With Harbhajan Singh opting out of this IPL, CSK might turn to Sai Kishore for the spin job. And Mahendra Singh Dhoni surely knows how to use his spinners. An MBA, this 23-year-old means business.

Yashasvi Jaiswal
Sourced by the correspondent

He was lapped up by the Rajasthan Royals for a neat Rs 2.4 crore. The 18-year-old left-handed batsman was the top scorer in the U-19

World Cup earlier this year. But make no mistake, the kid has it in him to be successful at the top level also. He was the youngest to score a List A double century when he smashed 203 off 154 balls playing for Mumbai against Jharkhand in the Vijay Hazare Trophy. He hit 17 fours and 12 sixes in that innings, enough indication that he has the firepower needed to light up T20 cricket.

Kamlesh Nagarkoti
Sourced by the correspondent

He was a hot property post his performance in the 2018 U-19 World Cup. But despite being roped in by KKR at that young age, pacer Nagarkoti almost receded into oblivion after being plagued by injuries. KKR captain Dinesh Karthik says a fit-again Nagarkoti is clocking “150 clicks” and that his fielding is “on par with Ravindra Jadeja”. Nagarkoti no doubt is precious to his franchise. It needs to be seen how his explosive pace works on the usually-lifeless UAE tracks, but this is one young lad who would be mighty hungry to prove himself.