Focus on young guns in battle vs Knights 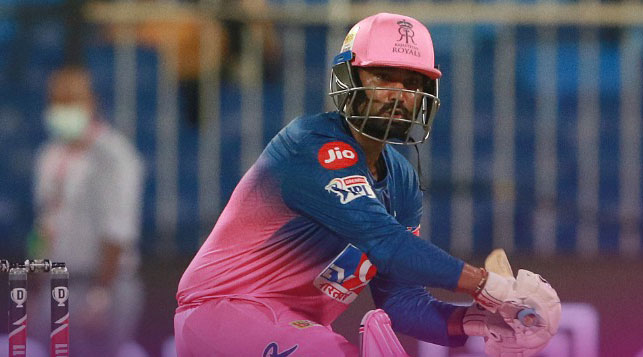 Not many gave Rajasthan Royals a chance in the lead-up to the IPL. A squad comprising mainly unknowns from the domestic set-up and heavily dependent on their overseas trio of Steve Smith, Jos Buttler and Jofra Archer — Ben Stokes still remains uncertain — was thought to be a bunch of also-rans.

A week into the tournament, the Royals, however, are sitting pretty, having won from virtually lost situations, and will hope to shock the fancied Kolkata Knight Riders in Dubai on Wednesday.

If Sanju Samson was among the known faces because of his IPL exploits in the past editions, the likes of Rahul Tewatia and Riyan Parag were mostly unheard of. Tewatia’s popularity has soared since their dramatic victory over Kings XI Punjab when he hammered five sixes in the 18th over off Sheldon Cottrell.

The Royals though have played both their matches in Sharjah and will face a bigger challenge in a bigger Dubai stadium and on a more challenging surface.

The Royals will be helped by the availability of mentor Shane Warne’s shrewd cricketing acumen. The legendary spinner has completed his quarantine.

The Knights staged a commendable comeback after losing their opener. If Shubman Gill anchored the innings displaying immense maturity against Sunrisers Hyderabad, the bowling trio of Shivam Mavi, Kamlesh Nagarkoti and Varun Chakravarthy were also impressive.